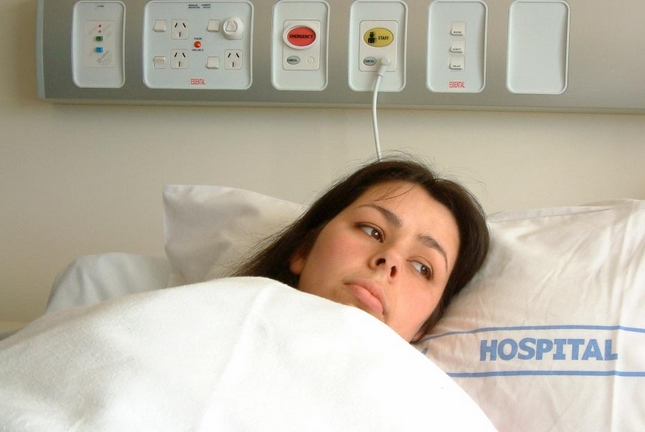 Anyone who is ill enough to be admitted to a hospital for treatment is clearly in need of several things: attention from qualified medical personnel; medications as needed; adequate rest; a clean, peaceful environment; and wholesome, nutritious meals.

Some hospitals are failing dismally in at least two of these areas, however: the provision of both a clean environment and healthful food.

Health boards in the UK are calling for stricter laws in hospitals, where smoking is theoretically banned, but restrictions cannot be enforced because they are not yet legal.

As far back as 2013, the National Institute for Health and Clinical Excellence called for such a ban, stating that it was “clearly absurd” that in a country where smoking remains the leading cause of premature death, staff and visitors persist in smoking on the grounds of hospitals.

In the US, smoking is also the single largest preventable cause of death, according to statistics released by the Centers for Disease Control and Prevention (CDC). Tobacco kills close to half a million Americans each year, with almost 10 percent of these deaths being from exposure to secondhand smoke. This dirty habit also costs the country more than $300 billion a year – about $170 billion in direct medical costs, and $156 billion in lost productivity.

A report back in 2006, by then-US Surgeon General Richard Carmona, concluded that there is no safe level of secondhand smoke exposure. After reviewing 20 years of evidence, the report found that even trace levels of exposure have immediate, damaging effects on non-smokers.

Clearly, there are very sound reasons why smoking should be totally banned in all care facilities – and in all public areas, for that matter.

Sadly, hospitals can also not be relied upon to provide sound nutrition to those most in need of it.

As reported by The Atlantic, in 2015, the Physician’s Committee for Responsible Medicine (PCRM) issued a damming report about the state of hospital food in the U.S. Of the 208 hospitals surveyed, one-in-five had a McDonald’s, Wendy’s, or similar fast food restaurant right on the premises. The report also analyzed cafeteria menus and the meals supplied to patients, and found that they often included unhealthy ingredients like processed meats, sugar, salt, and cholesterol.

Even more disturbingly, a study from 2012, published in the journal Academic Pediatrics, assessed the food offered in 14 children’s hospitals in California. Each hospital was rated on a scale from 0 to 37, with 0 being most unhealthy, and 37 being healthiest. The average rating was only 19, and of 384 meals served, only 7 percent were deemed to be healthy.

The situation is much the same in the U.K. A health board there noted that vending machines with fizzy drinks and candy could be found in all six of its hospitals on their district. And that is true of most hospitals in both the U.K. and the U.S.

While the situation might seem bleak, there is hope. Clearly, the average patient has very little say in whether or not the hospital they’re assigned to bans smoking and provides nutritious food. The solution then, would be in preventing the visit in the first place. As they say, prevention is always better than cure.

While it might not always be possible to prevent emergency visits to the hospital, quitting smoking, eating plenty of lean meats and non-GMO vegetables (preferably ones you’ve grown yourself), and keeping physically active, can go a long way towards keeping you out of the hospital in the first place.