What rights? Forced DNA collection on citizens being done by San Diego Police 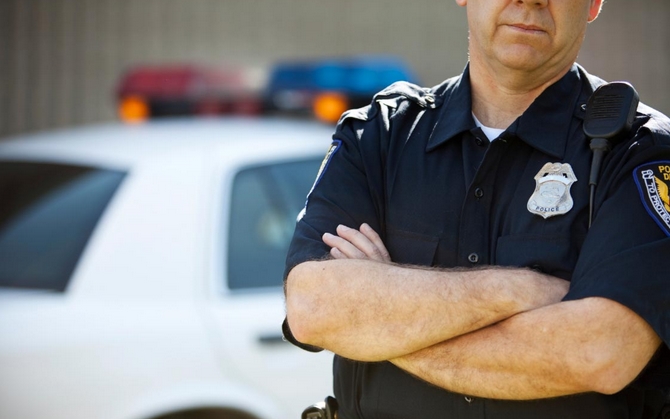 The San Diego Police Department is in hot water after they illegally profiled and intimidated five African American minors into giving up samples of their DNA via mouth swabs. On March 30, 2016, five minors were walking through a park in southeast San Diego when a group of San Diego police officers approached, suspecting them of gang-related activity. At a June 2016 hearing, one officer confessed to stopping the minors because they were black and all wearing blue, which the officers associated with a gang “holiday.”

A lawsuit filed by the ACLU Foundation of San Diego & Imperial Counties alleges that the children were targeted based on the color of their skin and that they were coerced into giving a mouth swab of their DNA, a gross violation of privacy and property.

As the officers questioned the minors, they determined there was no criminal record or gang affiliation. However, the officers continued to intimidate because they wanted the boys’ DNA. They handcuffed some of the boys and searched their pockets. They even proceeded to search one boy’s bag. They seized an unloaded revolver out of the bag, which belonged to his father. The boy was put in cuffs. The other four boys were detained until they submitted a mouth swab of their DNA. The officers pulled out a consent form, forcing the boys to “voluntarily” agree to the DNA collection. Frightened, the boys let the officers swab their cheeks so they could go their own way. The boy under arrest was coerced into signing too as the officers swabbed his cheeks.

When the case came around to court, the entire police stop was declared illegal and all the charges were dropped. However, the court didn’t order the police to destroy the minors’ DNA samples. The ACLU currently seeks an injunction, “forbidding SDPD officers from obtaining DNA from minors without a judicial order, warrant, or parental consent.” (RELATED: For more news on privacy, visit PrivacyWatch.News)

When the consent form is signed, it waives one’s right to privacy; however, when the consent form is presented with pressure, threats, or any form of coercion, then it is not valid. In this case, the boys were not allowed to go free unless they signed the form and complied with the mouth swab. The officers implied the threat of arrest if the boys refused to submit. That is highly illegal on the part of the police. They also didn’t get parental consent to take the boy’s private genetic information.

California’s DNA collection law (Cal. Penal Code § 296) specifies that juveniles are only required to give up their DNA to the state database if they have been convicted of a felony or if they are a registered sex offender. The San Diego Police Department has found a way to skirt the law by keeping DNA in a local database and not adding it to the state database.

The rule of law cannot be realized if authority figures fail to respect the rights of individuals. Naturally, police officers can only be respected when they lead by example and respect individual rights first. The 4th amendment of the Bill of Rights lays out important principles for police to abide, “The right of the people to be secure in their persons, houses, papers, and effects, against unreasonable searches and seizures, shall not be violated, and no Warrants shall issue, but upon probable cause, supported by Oath or affirmation, and particularly describing the place to be searched, and the persons or things to be seized.”

Throughout the U.S., tensions toward police have risen and there are several reasons why. It’s easy for police officers to violate a person’s privacy and property without a warrant. Officers may judge a person based on their criminal record and feel entitled to search through that person’s belongings. They may tip off their dogs so they can force their way into someone’s vehicle. If they really want to, they may fabricate false evidence to assert authority over a person and their property. They may make judgments based on what someone is wearing or who they are related to. They may even become forceful based on the color of someone’s skin. Officers sometimes even deem someone suspicious just because that person is knowledgeable of their rights.