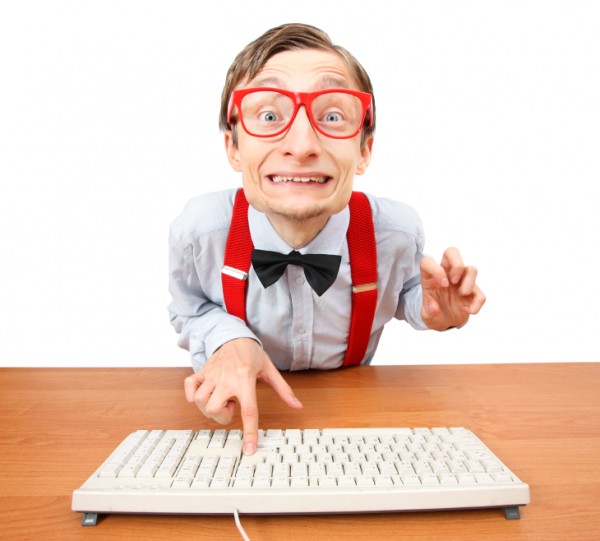 How can a science website lose credibility any faster than to praise the work of a known biotech huckster and hack? They can’t. Yet, that’s exactly what Scientific American (SciAm) has gone and done, by glorifying the “work” of Jon Entine, the ultimate shill and charlatan for GMO, who also happens to be a racist, wife-beating, corporate fraud science quack.

Here’s an excerpt from September of 2013 that even bears a “hacked” title, “Food: From Seed to Supper” (you might think now of Food Matters’ slogan “farm to table”).

“Do you ever wonder about the science behind your food? We do, too. Our group of writers serves up juicy topics like genetic engineering, gut bacteria and the chemical reactions that occur during cooking. Together, we’ll peer inside factory farms, dark jungles, cafeterias, laboratories and those trendy molecular gastronomy spots. Grab a bite, and sit down at the table to learn why Food Matters.”

And now, get ready to throw up in your mouth a little:

“On Food Matters, I will post many more stories about food, farming and genetics. I will also highlight the writings of environmentalists, prize winning journalists such as Keith Kloor, Jon Entine, Amy Harmon, Michael Specter, and other colleagues who are helping make the science behind food and farming accessible to the public. Finally you will hear from and about farmers, readers and chefs who have much to contribute to the dialog about how your food gets from the field to fork.”

Wait a second! “Prize winning journalists?” Oh, Entine won an award alright. He won the science ass-hat of the year award. If you missed that awards-banquet coverage, you can read all about those Top 10 Science Ass-Hat of the Year Award winners right here. Keith Kloor and Amy Harmon are top shills for the biotech industry also (even though they didn’t win a prize for top 10 of the year for it), constantly regurgitating industry-scripted propaganda that calls GMO “sustainable,” and names anyone “anti-science” who so much as thinks of challenging the thought that eating pesticides is healthy. Thanks a whole lot SciAm, for glorifying the biggest biotech scam artists in journalism today. Just for that, SciAm wins the ass-hat of the year award for shilling science websites.

Only problem with your list of shills, SciAm, is that you forgot two of the greatest hacks and shills of all time: Kevin Folta (Monsanto’s puppet) and Bill Nye, the science fraud guy.

Entine authored a highly controversial (and inherently racist) article about a supposed taboo debate that black athletes might have some genetic advantage over all other races, explaining their “athletic prowess” and why they dominate many sports genres, like football, basketball and track. The article is entitled TABOO–Why black athletes dominate sports and why we’re afraid to talk about it. Scientific American carried the article, which it doesn’t readily hand out to non-member readers anymore, maybe trying to make it seem important, instead of showcasing the dumpster-diving, waste-of-thought-and-time that it really is. Scientific American isn’t particularly interested in publishing real science; their mission is to promote writers who say anything that stimulates the narrative they are pushing.

To SciAm, anything and everything that has to do with scientists in labs altering genes is good (because shilling for pharma and biotech pays their rent), whether it’s to change the food we eat into pesticide-laden cancer-causing nightmares, or to help spread vaccine propaganda that sterilizes away those “racial” differences that seem so “unfair.”

Jon Entine’s so called provocative debate about genetics is no more than a crude discrediting of hard work and athleticism using bitter racist undertones. Here’s an excerpt from that trash piece:

“A country nurtured on the myth that all people are created equal is understandably uncomfortable talking about innate differences, particularly when it comes to race,” he writes. “So when blacks are referred to as physically superior or natural athletes, hackles are raised. What’s the real and underlying agenda? If blacks are better at sports, are they better ‘sexual athletes’? Are they more brutish? Is black physical superiority inextricably connected to intellectual inferiority … ?”

And yes, you guessed correctly: Entine is an arrogant, egotistical white man.

SciAm glorifies violent, sociopathic writer who choked his wife right in front of his teenaged daughter

It’s no pretty trade-off, what sham “science” websites will do to promote genetically modified food for a paycheck from Monsanto, Dow, Bayer, DuPont, Syngenta and the like. To SciAm, anything that contains dangerous chemicals and is made in a laboratory is phenomenal and sustainable! So why not praise work from a completely discredited hack and violent shill that knows all the jargon of the biotech industry? Jon Entine even has ties to the genocidal Bill and Melinda Gates Foundation.

In case you missed the whole series, part one of an investigative series authored by Mike Adams revealed the verified court documents where Jon Entine’s wife pleaded with the Ohio courts to issue a restraining order against Entine to protect herself and her daughter from physical injury. She also recorded, under oath, that Jon Entine violently attacked her, gouged her eye, choked her and shoved her (in front of their daughter). In additional court documents, Entine’s wife described him as “irrational and unpredictable,” “exceedingly hostile and belligerent,” and explained that Jon Entine’s “mental health has deteriorated.”

Still want to read about “science” from this violent, sociopath loser? Right. Nobody else does either. That’s why Forbes.com fired Entine when they found out alternative news had exposed his real deal.

Just like Scientific American, Jon Entine shills for the biotech industry to smear GMO skeptics and the reputations of responsible environmentalists

With the help of another shill website run by Entine called Genetic Literacy Project, Scientific American is a key player in attacking the reputations of numerous activists, independent journalists and ethical scientists who challenge the genetic engineering (mutation) of food and seeds, knowing that it’s dangerous to weave chemical pesticides and dangerous insecticides into our food supply. Through the use of fraud and the wholesale fabrication of false “facts,” websites like Scientific American publish propaganda to further a false narrative that there is a “world consensus” that says GMO is good for our planet, when it most certainly is not. Remember, if it’s not organic, chances are it’s an agricultural toxic living nightmare.

If you want to keep up with real science that’s verified in laboratories by reliable researchers, check out Science.NaturalNews.com and Censored.News, where everything the mainstream media doesn’t want you to know is easily accessible, all the time!