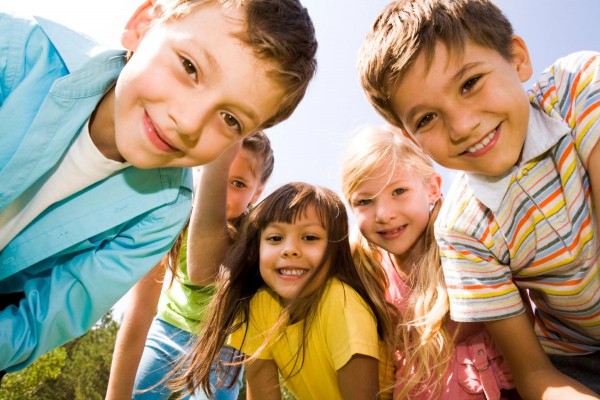 Childhood obesity rates have tripled since the 1970s. Now, according to the Centers for Disease Control, 1 out of every 5 school-aged children is struggling with obesity. It’s a sad state of affairs that can be linked to any number of contributing factors: eating habits, physical activity level, and environmental elements are some of the more easily recognized components when it comes to obesity.

But, new research shows that there is more to it than that — what medications are given to children may also play a critical role in their chances of becoming overweight or obese.

The study, published in 2016 by the journal Gastroenterology analyzed the effects antibiotics had on toddlers over a two-year period, and the results were shocking.

Frank Irving Scott, MD, MSCE, who is an assistant professor of medicine at the University of Colorado Anschutz Medical Campus in Aurora, as well as an adjunct scholar at the Center for Clinical Epidemiology and Biostatistics at the University of Pennsylvania in Philadelphia, helped to pioneer this revealing study. [RELATED: Learn more about the newest research at Scientific.news]

“Antibiotics have been used to promote weight gain in livestock for several decades, and our research confirms that antibiotics have the same effect in humans,” Dr. Scott explains.

Dr. Scott and the rest of the research team conducted a large, population-representative cohort study in the United Kingdom, with the goal of analyzing the relationship between antibiotic exposure prior to two years old, and the incidence of obesity at four years old.

Children exposed to antibiotics before they turned two had a 1.2 percent absolute risk of early childhood obesity — and a 25 percent increase in relative risk. What this means is that when compared to children who did not take antibiotics, those who did were 25 percent more likely to become obese early on in life.

The risk of childhood obesity was most pronounced in toddlers who’d been given three or more rounds of antibiotics. Repeat exposures to the drugs increased the obesity risk noticeably.

Dr. Scott said,”Our work supports the theory that antibiotics may progressively alter the composition and function of the gut microbiome, thereby predisposing children to obesity as is seen in livestock and animal models.”

“Our work supports the theory that antibiotics may progressively alter the composition and function of the gut microbiome, thereby predisposing children to obesity as is seen in livestock and animal models,” added Dr. Scott.

Previous findings have indicated similar associations between the use of antibiotics in young toddlers and early childhood obesity. A 2014 study published by JAMA Pediatrics also found that children exposed to antibiotics before the age of two were much more likely to become obese between the ages of two and five. The cohort study spanned the course of 12 years, 2001 to 2013, and was comprised of 64,580 children.

Overprescription is a serious problem

While more research is required to fully understand what it is about antibiotics that increases obesity risks, Dr. Scott still posits that healthcare professionals should only prescribe antibiotics when absolutely necessary. “Our results do not imply that antibiotics should not be used when necessary, but rather encourage both physicians and parents to think twice about antibiotic usage in infants in the absence of well-established indications.”

Some 49 million antibiotics are prescribed to the pediatric population each year. Of these, more than 10 million prescriptions are estimated to be unnecessary and are given to kids without a clear need for them. This continues to occur in spite of the fact that this practice is known to be increasing the threat of antibiotic-resistant bacteria. There are also many other health risks associated with antibiotics. Dermatological, allergic, and infectious complications; inflammatory bowel disease; and autoimmune conditions are just some of the potential outcomes of antibiotic use. [RELATED: Keep up with the latest headlines on antibiotics and resistance at Superbugs.news]

To put it simply; antibiotics are overused and can contribute to the onset of a wide range of conditions, including obesity and autoimmune disease. The decision to use or prescribe an antibiotic should not be made lightly, especially when it comes to young children. While the research is not all there yet for the obesity correlation, there are plenty of other reasons to exercise caution around antibiotics.