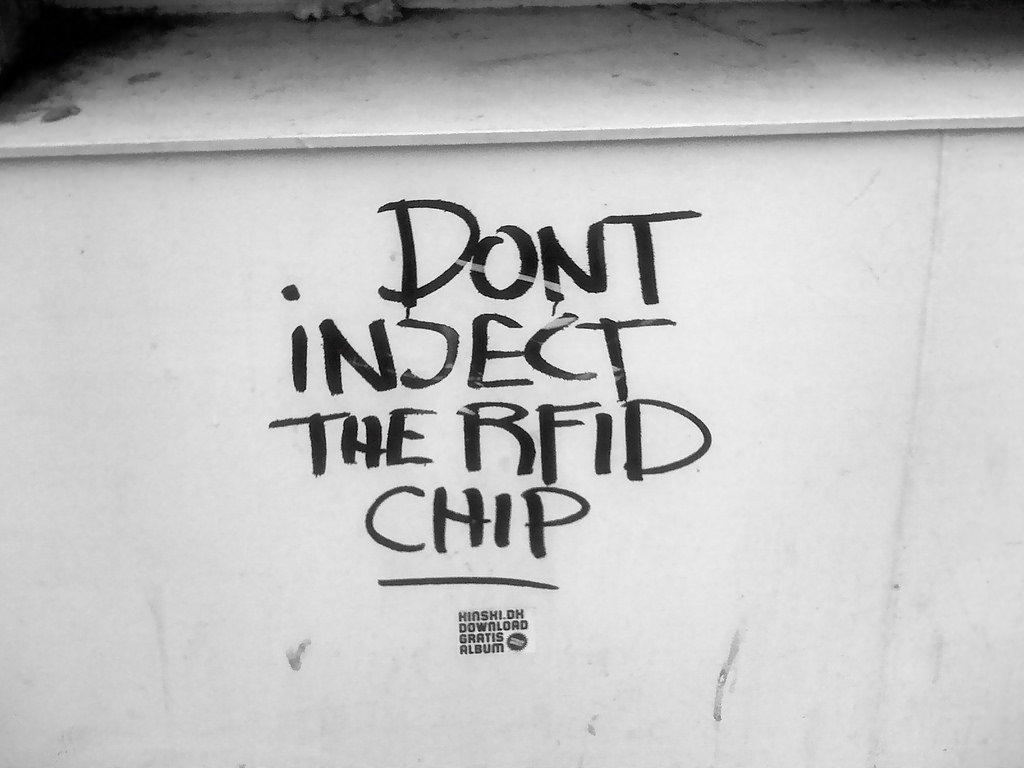 If ever there was a time to resist the onslaught of technological “progress” to protect the sovereignty of humanity, it is now. Several companies in Europe are paving the way for what can only be described as the “mark of the beast” — implantable microchips that are now being injected into employees’ hands in order to give them easy access to enter buildings, perform various office functions, and even pay for their lunches.

It might not be a common trend just yet, but microchips in the body — something the Holy Bible warns about as damning one’s soul — is creeping its way into the mainstream. The U.K.’s Daily Mail recently reported on a marketing firm out of Belgium, known as “NewFusion,” that already uses the technology in its employees. Another company out of Sweden, the same report indicates, is doing the same thing.

According to experts, a small chip roughly the size of a grain of rice is inserted between the thumb and index finger of an employee’s hand. This chip holds personal and security information that is transmitted wirelessly from the hand to nearby receivers that use it to perform various functions or to engage in transactions.

The chips that the Belgian company uses cost about $106 each, and they allow employees to access the company’s IT systems and headquarters without a typical key fob or other external device. The “perks” of the technology include not having to haul around a wallet or a set of keys — simply wave your hand and, voila, your wish is granted.

Will everyone on Planet Earth eventually have to be microchipped in order to live?

Though injectable microchips are not widely used in the U.S., it is probable that what begins in Europe will eventually end up here. Reports indicate that some 10,000 people throughout the world already have the mark inside their bodies, and with the right marketing many others will likely follow, believing it to be “cutting-edge” and convenient for going about one’s daily life with simplicity.

Once more people get microchipped voluntarily at work, many of them will likely be more willing to get microchipped by their government, which appears to be the ultimate goal. Soon, it will no longer be possible for individuals to buy and sell, for instance, or hold a job without first having a RFID chip inserted into their hands.

This is how it all starts, of course: first something controversial is voluntary, until eventually it becomes mandatory. This is why conscientious objectors to this type of thing need to speak up now — and loudly — to make sure that it does not become the norm. Microchipping is more the type of thing you would expect in cattle than in human beings.

The private sector’s gradual adoption of RFID microchipping technology for employees appears to be a test run for the eventual unveiling of government-forced RFID microchipping of citizens — for “our own good,” most likely. Is this the type of world in which you and your family want to live?

The military is already testing RFID microchips for soldiers, as are drug companies like GlaxoSmithKline (GSK) that plan to use microchips for “medical purposes.” It is only a matter of time before microchipping becomes the logical next step for maintaining an advanced and civilized society. (RELATED: To block the damaging effects of RFID pollution while protecting your identity, check out the RFID wallet)

“You might say that sounds crazy, but if you’ve been to Disneyland or Disneyworld any time in the last decade, then you will see how ready and willing people are to scan their fingers and give up their biometric information for convenience,” writes Melissa Dykes for The Daily Sheeple. “Sure, there’s an opt-out option, but does anyone actually bother or do the majority just go along with whatever they’re told to do for their ‘safety and convenience?'”