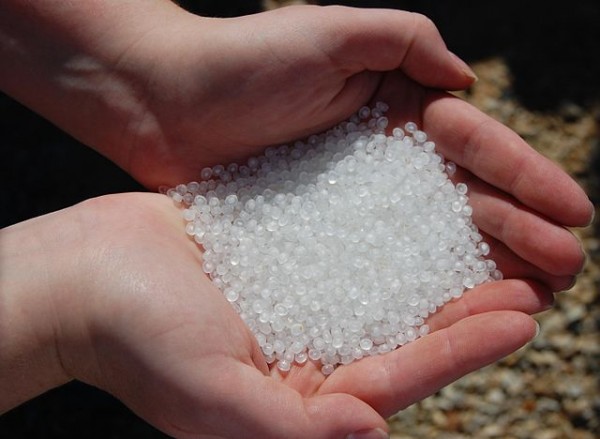 The next time you order fish at your favorite restaurant, or bring some delicious seafood home from the market for dinner, you might just be getting more than you were bargaining for.

A report published by the Joint Group of Experts on the Scientific Aspects of Marine Environmental Protection (GESAMP), has revealed that microplastics – tiny pieces of plastic or fiber less than 5 millimeters in length – are making their way into the ocean and other aquatic habitats at an alarming rate.

There are several different sources for these tiny but dangerous particles, including tiny fibers from our clothing; bits of car tires that make their way into storm drains; larger plastic debris that breaks down into ever smaller pieces; and those tiny granules in health and beauty products that are meant to exfoliate the skin, and which are in fact tiny pieces of manufactured polyethylene plastic. As previously reported by Natural News, just a single tube of face wash can contain as many as 300,000 such tiny beads.

Though plastics of all kinds have become pervasive in the ocean, the problem is rife in all our waterways.

A report released by the New York state attorney general found that upwards of 19 tons of microbeads are discharged into NY waters. Lake Ontario, which is the most contaminated of the Great Lakes, contains 1.1 million microbeads per square kilometer in the lake bed.

So, how do these tiny terrors make it into the digestive tracts of marine animals?

One theory is that fish and other animals mistake the tiny plastic particles for fish eggs, and believe they are a source of food.

As bad as the idea of minuscule bits of plastic getting into the digestive systems of marine creatures might be, the problem is actually far worse than that.

“These materials enter marine organisms; not just their guts but also their tissues,” says Peter Wells, a senior research fellow with the International Ocean Institute at Dalhousie University.

So, why is that so bad? Well, it means that simply gutting the fish before you eat it is not going to mean you have eliminated the problem.

And ingesting microplastics means potentially poisoning your system with industrial chemicals, phthalates, PCBs, and estrogen-disruptors, since these tiny particles absorb whatever pollutants they’re exposed to.

Many consumers are already wary of consuming fish because of the potential risk of mercury poisoning – a risk which is elevated for pregnant women and small children.

So, does this mean that we should start skipping seafood altogether, perhaps replacing those shrimp on the barbie with some big, juicy steaks?

Well, at first glance that might appear to be true. The fact is, though, that fish, and particularly fatty fish, is a vital source of vitamin D and iron. Oily fish is also an excellent source of omega-3 fatty acids, which the body does not manufacture in significant amounts, and which are vital to good health.

So, if we exercise caution and choose wisely, seafood can still be a healthy choice. As is generally the case with all the food you consume, it is vitally important to know where the fish and other seafood you consume comes from. Be a cautious consumer. Avoid fish that could potentially be high in mercury, like King mackerel, marlin, orange roughy, shark, swordfish, tilefish, ahi tuna, and bigeye tuna.

And there’s no need to panic about microplastics in our seafood, just yet.

Chelsea Rochman, an assistant professor of ecology and evolutionary biology at the University of Toronto, and co-editor of the report, stressed that far more research is needed before we let microplastics determine what we choose to place on our dinner plate.

“What we really need to do is a risk assessment … nobody has done that for microplastics,” she said.