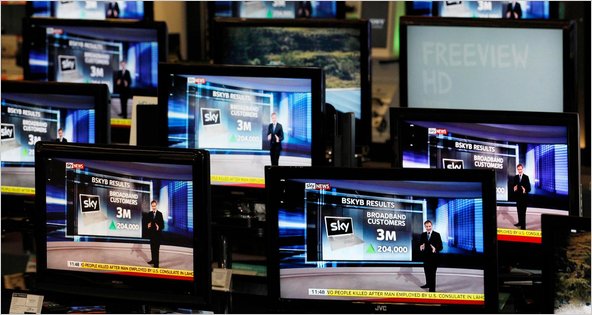 MSNBC took its fear mongering smears of the Donald Trump administration to a dark new low Monday afternoon when reporter Katy Tur suggested the president’s war with the media would start racking up actual casualties. During an interview with Nebraska Senator Deb Fischer, a Republican, Tur suggested Trump would take a page from Russian President Vladimir Putin’s playbook and start targeting journalists for death.

(Article by Nicholas Fondacaro from Newsbusters.org)

“As we know, there’s, since 2000, been a couple dozen suspicious deaths of journalists in Russia who came out against the government there,” Tur reminded the Senator before unscrupulously suggesting Trumps distaste for the media would escalate, “Donald Trump has made no secret about going after journalists and his distaste for any news that doesn’t agree with him here. Do you find that this is a dangerous path he is heading down?”

Fischer defended the President, saying that it’s his job to foster relationships with leaders from countries around the globe. “And I believe that President Trump will recognize, or does recognize right now, who Putin is,” she added in his defense.

But Tur wasn’t having any of it, pressuring the Senator by asking, “What makes you say that he does recognize who Putin is when he hasn’t said so publicly?” The Senator tried to argue that the new president wasn’t going to sour the relationship right out of the gate, but was cut off by her interviewer. “There is a difference between attacking and flattering,” Tur spat.

The Senator tried to put Tur’s worries about Trump’s handling of Putin to rest, stating that Trump “will have very firm, very harsh, if need be, conversations with Putin…” And that the United States would not allow Putin to “re-establish some kind of empire for himself…”

Tur scoffed at the idea that our allies would be reassured by the Trump White House. “We will see if they are convinced by that,” she said dismissively.

NBC has demonstrated a blatant willingness to ignore Trump’s toughness on Russia and mischaracterize his understanding of the Russian tyrant. Tur claimed Trump was “going above and beyond — bending over backwards” for the Russian president. But these are the same people who blacked-out how the administration stood up to Russia during UN Security Council meeting last week.

And to suggest that Trump would follow Putin down a “dangerous path” and start assassinating journalist is vile. It’s reporting like this that helps to create the circumstances for the violent rhetoric we’re seeing from the left, such as Madonna talking about blowing up the White House and Sarah Silverman calling for a military coup.

KATY TUR: Senator, the junior senator in your state, Senator Ben Sasse, came out pretty strongly over the weekend condemning Donald Trump’s assertion that we are just as bad as Russia. When he said that, you know, we — America does bad and terrible things, too, when Bill O’Reilly asked him if Vladimir Putin was a killer.

Why — what is your sense of why this president is going above and beyond — bending over backwards, if you will — to stay away from criticizing the Russian president? And it’s almost give him an excuse. As we know, there’s, since 2000, been a couple dozen suspicious deaths of journalists in Russia who came out against the government there. Donald Trump has made no secret about going after journalists and his distaste for any news that doesn’t agree with him here. Do you find that this is a dangerous path he is heading down?

DEB FISCHER: I know that Putin is a thug and he runs a gas station, and the prices are low right now. And so he is going to continue to be belligerent; he is going to continue to be aggressive. I’ve led a codels to Eastern Europe; I led a codel to Estonia, the Czech Republic, and Romania. And we have a very full understanding of who Vladimir Putin is. And he is not a friend of the United States.

TUR: Very quickly, what makes you say that he does recognize who Putin is when he hasn’t said so publicly?

FISCHER: Well, I think when you’re at the beginning of an administration, you really don’t want to go out and start attacking people that you’re going to have to work with. You know when I came to the United States —

TUR [over Fischer]: There is a difference between attacking and flattering.

FISCHER: Well, when I came to the United States Senate, I told Nebraskans I was going to work across the aisle. You know, I’m going to work with Republicans, I’m going to work with Democrats. We have differing opinions on many things but we have to work together. And I’m not going to attack them in public. We’re going to try to get together. I think it’s important that we show that we can work together. We can be respectful. We can be civil. And the American people need to see that. So, I am hopeful that President Trump will have very firm, very harsh, if need be, conversations with Putin to let him know that here in the United States we understand who he is, we understand what we view as his agenda in trying to re-establish some kind of empire for himself, and that we will not allow that to happen. Our allies need to hear that. And I think here in the Senate, many of us have been very, very forthright in making sure that our allies understand that we are there for them against Putin.

TUR: We will see if they are convinced by that.