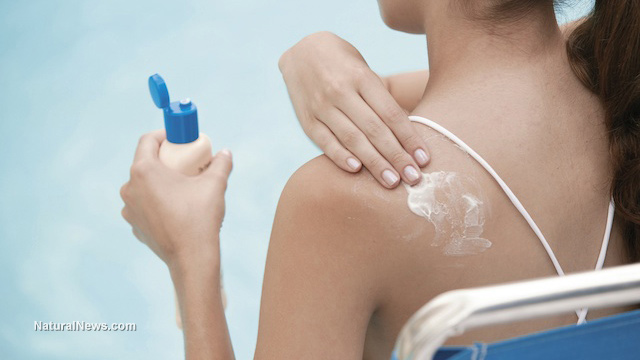 One of the most popular names in sunscreen, Banana Boat, is getting a lot of bad press after customers complained about the company’s products failing to protect against sunburns. At least six people in Australia, four of them parents of young children, reported to News.com.au that, despite using some of the highest SPF (sun protection factor) formulations made by Banana Boat, they all developed severe burns, in some cases of the first- and second-degree.

A five-year-old girl is among these victims, her mother claiming to the media that she had to be treated in the hospital for severe burns after a family beach trip. Despite rigorously applying Banana Boat sunscreen to her daughter’s back, shoulders, and other sun-exposed areas, Danielle Batten says her daughter’s skin turned beet red, peeled, and blistered, leaving her in excruciating pain.

“She just wakes up in the middle of the night screaming in pain,” Batten told News.com.au about her daughter’s horrible experience after using Banana Boat.

“I piled on the sunscreen before we even left the hotel room because, her being a kid, I didn’t want her to get burnt. We went to the beach between 12pm and 1:30pm and got in the car and went home. That night, her whole back was blotchy and red and the next night when we were getting ready to go out for dinner, I noticed some blisters on her shoulder and thought it might be from the sunburn. We got home and the blisters had popped and her skin started tearing.”

Nine-year-old Abby Hellmech had a similar experience after an SPF 50 Banana Boat aerosol spray was applied to her skin. Within 45 minutes of being outside in the sun, skin “fully protected” according to Banana Boat instructions, young Abby started to turn dark shades of pink. Within just a few hours, Abby’s skin developed severe blisters the size of 10-cent coins.

“She was in a fair amount of pain,” her mother told reporters, adding that she wants to see Banana Boat products pulled from store shelves. “She’s not a kid that whinges when she is hurt, so for her to say to me she was burning was a big thing.”

Denying that anything might be wrong with its products, Banana Boat’s regional vice president in Australia, Ivan Nuich, issued a rather patronizing public statement saying that he was “sorry” to hear that some customers were unhappy after using the company’s sunscreens. He added that an internal company investigation had found no issues with any Banana Boat products, inferring that the burn cases may have been user error.

“It may seem like there are a lot of complaints, but we have sold millions of sunscreens each year to many satisfied customers,” Nuich said.

While this may be true, it doesn’t necessarily mean that Banana Boat products are in the clear. A 2015 investigation by a local consumer group known as “Choice” found that at least two Banana Boat SPF 50 products failed to work as claimed. It is unclear, however, whether or not these two products are still on the market, and if they may have been implicated in the recent string of burns.

Banana Boat, in the meantime, is battening the hatches and sticking to the claim that its products are virtually flawless:

“Any product claiming an SPF must meet precise testing requirements before it can be sold in Australia,” a regional marketing director for Banana Boat told News.com.au. “Our products are uniquely formulated and rigorously tested to meet the claims SPF as required by Australian sunscreen standards and in compliance with TGA Regulations.”