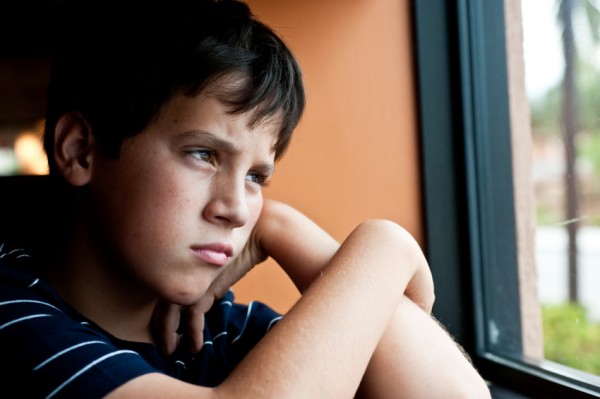 [Editor’s note: After an internal review of this article, we have determined the author reached an unjustified conclusion about the Egyptian study. While the study did established an observed link between mercury exposure and autism symptoms, and while mercury-containing vaccines are one vector that can expose children to mercury (dental amalgams being another primary vector), the Egyptian study did not explicitly state or prove that mercury from vaccines caused autism, even though that explanation is a reasonable and factually-supported explanation given the fact that mercury is still found in vaccines administered to children. See this Natural News article for proof from the government of California. The Egyptian study, however, did not state that conclusion. Thus, the correct title for this article probably should have been, “Egyptian study links mercury exposure to autism symptoms; mercury in vaccines remains an exposure vector for children,” which is what it has now been updated to reflect. The original title was “Egyptian study confirms autism is caused by mercury in vaccines,” which is an incorrect conclusion. We are including both the original and updated title here in the interests of full transparency. We regret the error. The original story appears below, uncorrected, but should of course be read within the context of this editor’s note which clarifies the issues covered by the study. Notably, the Egyptian study most certainly lends credence to the connection between mercury and autism, regardless of the exposure routes.]

Ever heard of metabolic brain disease? A team of nine scientists from top Egyptian medical schools and universities may have just confirmed that one in every 50 American children has it, and its primary cause could be mercury in vaccines.

How was this determined? Exposure to mercury can be measured by analyzing children’s urinary porphyrins – excreted organic compounds that act as biomarkers for mercury toxicity. Not only does the presence of mercury in urine and blood expose the long-known link between metabolic brain disease (autism) and vaccines, but the severity of autism (and its broad array of symptoms) is directly correlated with the levels of exposure to this known neurotoxin. Yes, you read that correctly.

To put the nails in the coffin for any doubters or skeptics, of the 100 children studied, the 40 with autism spectrum disorder (ASD) had significantly higher mercury levels than their non-autistic siblings and the other healthy children in the study. In addition, the children with the most severe versions of metabolic brain disease revealed the highest levels of mercury exposure. For years and years, natural health enthusiasts have been screaming about the dangers of vaccines and mercury-loaded dental fillings, and now the truth comes out – and scientifically proven at that.

Six American studies have linked autism to mercury exposure by analyzing disordered porphyrin metabolism in autistic kids, but the mass media has been prohibited from publishing them or even discussing them at all because their sponsors are Big Pharma conglomerates. That is why you never hear anything about them on television, in newspapers or on mainstream media websites.

Another study published this past June was carried out by an international team of scientists who measured pro-inflammatory neuro peptides that indicate the presence of mercury in blood. The results showed a “positive linear relationship between mercury levels and the severity of autism symptoms.”

The previously mentioned study done by the scientists from Egyptian medical schools included analyzing the mothers of autistic children who had multiple dental “silver” amalgams (mercury-loaded fillings), which the scientists said most likely contributed to the children’s body levels of mercury. You could call these the “silver bullets” from the “smoking gun.”

Special note: Ethyl mercury in thimerosal (used for vaccines, especially flu shots) is at least 50 times as toxic to human tissue as the methylmercury in amalgams and fish, and can prove to be twice as persistent in the brain. When mercury is injected into the blood and muscle tissue, it bypasses normal protective human filters, such as the lungs, digestive organs and the skin. This is also how mercury can cross the blood/brain barrier.

In 2015, a paper published in Behavioral Neurology by a group of researchers from the National Institute of Standards revealed results of a study of 100 autistic children with significantly high levels of mercury, lead and aluminum that may have resulted from environmental exposure. Aluminum is often also found in vaccines, and lead has been revealed to be in most U.S. tap water, sometimes at alarming levels (think of Flint, Michigan, here).

Detoxification by chelating agents could play a major role in improving the lives and mental and social capacities of children afflicted with metabolic brain disease. Remember, autism is a neurodevelopmental disorder that appears during infancy or childhood (not at birth), with a broad array of communication and learning impairments, from mild to moderate to severe. It is rarely, if ever, inherited, but rather brought on by an overload of neurotoxins either consumed, injected or ingested from environmental factors, or all of the above.

Mercury is the most toxic non-radioactive element on earth and the second most poisonous element known to mankind, second only to uranium, yet, for some reason, it’s still used in vaccines as a preservative, even when there are several other options that are not toxic that would do the same job. It is scientific fact that human brain neurons permanently disintegrate in the presence of mercury within one hour of exposure. Thimerosal is a mercury containing preservative (about 50 percent mercury), and the World Health Organization warned about its use in vaccines way back in 1990.

Plus, mercury is a cumulative poison, meaning the body has difficulty removing it and it accumulates significantly over time. Some infants receive more mercury in one day than the WHO recommends as a maximum for adults for three months worth of exposure. One scientific fact most Americans do not know is that aluminum (listed as aluminum phosphate) in vaccines greatly increases the toxicity of mercury (listed as thimerosal), therefore caution about minimum mercury tolerance is severely underestimated.

Does the CDC mix vaccines with aluminum and mercury in combination? Absolutely. The Diptheria and Tetanus “toxoid” inoculations have “trace” amounts of mercury combined in the same vaccine with aluminum. What’s in the whooping cough vaccine? Aluminum phosphate and formaldehyde. Mix that aluminum phosphate with a flu shot laced with mercury and measure the level (potency) of mercury and see what that does to the central nervous system and the brain. Remember, aluminum makes the vaccine more “powerful.”

Since 2002, the CDC has been covering up the link between autism and the MMR vaccine. Dr. William W. Thompson, a senior scientist and epidemiologist at the US Centers for Disease Control and Prevention (Immunization Safety Branch) confessed to the vaccine-autism connection in a confession letter (an email Dr. Thompson wrote to officials at CDC via his attorneys). After being silent about the cover-up for over a decade, Dr. Thompson said he could no longer stand to look at parents whose children were suffering from autism and keep silent about the whole conspiracy, so he blew the whistle.