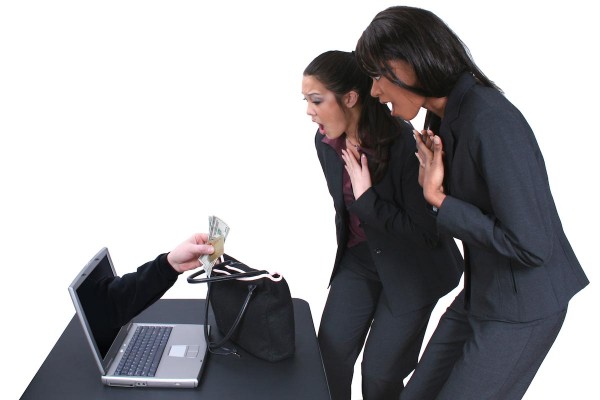 It sounds almost cruel to call someone uneducated, but for most people it’s not their own fault that they are, given the fact that most school curricula (fodder), college “cannons,” television shows, newspaper columns and online mass media “news” publications push toxic information that not only controls the minds of consumers, but influences their purchase and consumption choices from day to day and from minute to minute.

From the pharma commercials on CNN to the “drugs and supplements” column on WebMD.com, and from the GMO-rag called the Washington Post to another GMO-shilling huckster outlet called Forbes.com, critical debates and opinions are insidiously swayed, maneuvered and manipulated into convincing people that they can eat and drink anything they want to and medicate with toxins, and then some MD or oncologist will save them later with the latest “cut and burn” technology and some magical “gene-targeting” pill. But it’s all one huge, noxious, rotting lie.

At Forbes.com, in November, there was a piece published about GMOs that was so malignant it might cause human cells to mutate just reading it. The article is conspicuously titled, “On ‘GMOs’, The New York Times Violates The Rule Of Holes: When You’re In A Hole, Stop Digging.” The GMO propaganda piece uses an old psychological trick to manipulate readers’ minds, where the writer first inserts a “given” factoid that’s actually a bold-faced lie, and then moves on, in the same sentence mind you, to a topic that sounds debatable or that is in question. You see, that way, the reader absorbs the “factoid” subconsciously before pondering the follow-up thoughts and considerations, and the lie sinks in deep before the writer ever even addresses his contention of the article’s theme or thesis.

Here’s how it’s done. The Forbes.com article actually begins with a monstrous lie that’s insidiously sewn into the “fabric.” Here’s the very first sentence: “The New York Times has conducted a decades-long vendetta against the most sophisticated, precise and predictable techniques of genetic engineering applied to agriculture.”

Right away, the writer mixes fact with fiction to serve his end goal – and that is to convince consumers that eating pesticide-laden food has safe and “predictable” outcomes because scientists are so sophisticated and “precise” when they insert the genes of toxic plants and insects into food humans eat. Yeah, right.

The article further manipulates the reader in the third paragraph, with the insertion “… although we no longer need to worry about the safety of genetically engineered crops,” and continues on from there, into the main debate about whether GMOs, like corn and soy, have more or less yield than conventional crops, but the writer could care less, because he’s already brainwashed the reader. You see how it’s done?

The mass media was pushing poisonous pesticides on the uneducated

Who’s the master manipulator here? Who’s the biotech shill and charlatan brainwashing the masses via Forbes.com? He’s a former medical researcher from the FDA by the name of Henry I. Miller, a Stanford University “think tank” fellow who medically reviewed the very first genetically engineered drugs and just so happened to help start the tobacco industry front group “The Advancement of Sound Science Coalition.” He also writes for the American Council on Science and Health (ACSH), a GMO-shilling “council” that receives massive support from pharmaceutical, chemical and biotech companies to regurgitate their lies about chemical agriculture and convince the world to eat their insecticide and herbicide poisons, like glyphosate and Bt corn. Bottom line: Henry Miller sells anything that contains chemicals that cause cancer and Alzheimer’s, psychologically convinces everyone it’s all safe and beneficial, then pockets some cold, crisp cash from Big Tobacco and Big Ag (biotech) for doing so.

The fake news media pushing cancer-causing chemotherapy on the uneducated

The coveted corporate gatekeeper of bad medicine advice, WebMD, appears to be some sort of dictionary, or as old-school people might call it, the medical “encyclopedia” for laymen, but nothing’s further from the truth. Just recently, WebMD spewed some skewed gene-targeting cancer advice that sounded so intriguing and interesting that even a few educated people might have been brainwashed. The article was entitled, “Personalized Medicine for Cancer.”

First, they sympathize with the frustrated, saying, “If you or someone you know has cancer, you’ve probably been scouring anything you can get your hands on to find the best way to beat the disease.” Oops. They already got you, because if you’re looking for cancer cures online at WebMD, that’s like driving drunk the wrong way on the expressway – nothing good can happen.

Then they hit you with the super-sized lies, because it’s the biggest lies that are more likely to be believed in this world. Get ready you cancer-infected folks, here comes WebMD’s “personalized medicine” and “precision medicine” and “targeted drugs” for a disease that’s not really a disease at all, but rather a disorder of the cells caused by consuming chemicals for years. Want some chemicals that “target” the cells that are mutating because of chemicals?

Leukemia is a malignant, progressive disease where bone marrow and blood-forming organs produce leukocytes that suppress production of normal blood cells. To brainwash people into believing more chemicals can precisely target this form of cancer is a huge lie and a false prophecy of hope. Just because doctors and scientists can identify gene mutations doesn’t mean Big Pharma has a wonder drug to magically turn all your uncontrolled, mutating, genetically modified cells into healthy ones. The latest lie is that they’re matching patients with drugs and that the FDA has approved more than a dozen drugs that target these mutations.

There are over 300 million Americans. One in every three will get cancer in their lifetime and only half will survive it. Three out of four Americans believe that the mass media simply reports what honest doctors and scientists research and study. These same people will do everything their MDs and oncologists recommend, instead of seeking the advice of a naturopathic physician or a renowned doctor who actually knows how to cure cancer without the use of toxic chemicals. That means that an estimated 100 million Americans will get cancer, and 50 million, eventually, will die from it, all because they believed in mass media lies. That’s preventable genocide!

Chemical food and chemical medicine cause a chemical “disease” called cancer. What is it that you’ve been consuming? Now that you’re “educated,” go out there for 2017 and beyond, avoid GMOs and chemotherapy like the plague – because that’s what they are – and seek natural remedies and organic food for the rest of your happy, healthy, prosperous life.