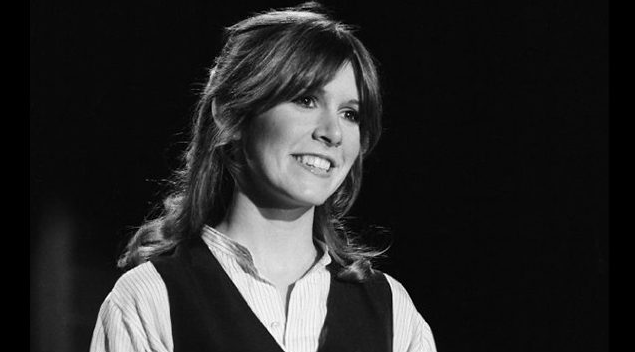 Carrie Fisher, the actress best known for playing Princess Leia Organa in the original Star Wars trilogy, has died. She was 60.

A spokesperson for the Fisher family confirmed the actress died Tuesday morning at UCLA Medical Center, days after she suffered a heart attack while onboard a flight from London to Los Angeles.

Fisher had reportedly been in the hospital’s intensive care unit for days following the heart attack. Her mother, actress Debbie Reynolds, said Sunday that she was in “stable condition” and thanked supporters for their well-wishes.

Fisher had reportedly suffered a cardiac episode 15 minutes before her flight was set to land at LAX on Friday. An EMT administered CPR and the actress was taken to a hospital, where she had initially been listed in critical condition. A passenger on the airplane later told the Washington Post that Fisher appeared to have been “in a lot of distress” on the flight.

The actress had been conducting a book tour for her recently released autobiography, The Princess Diarist, and had reportedly been in London to film scenes for the Amazon comedy series Catastrophe.

Carrie Frances Fisher was born into Hollywood royalty on October 21, 1956, in Beverly Hills, California, the daughter of Debbie Reynolds and singer Eddie Fisher. Fisher reportedly attended Beverly Hills High School and went on to attend the Central School of Speech and Drama in London and Sarah Lawrence College, though she reportedly did not graduate.

Fisher made her film debut in the 1975 comedy Shampoo alongside Warren Beatty and Goldie Hawn, but it was her next movie, 1977’s Star Wars, that catapulted the actress to worldwide fame. Fisher would go on to play the role of Princess Leia in the next two installments of the series, 1980’s The Empire Strikes Back and 1983’s The Return of the Jedi, before returning to play the role decades later in last year’s Episode VII: The Force Awakens.

Fisher appeared in a number of other movies and television shows in the 1980s, including The Blues Brothers, The Man with One Red Shoe, Hannah and Her Sisters and The ‘Burbs. In 1987, she published a semi-autobiographical novel called Postcards from the Edge, which satirized her own life and issues including her reported drug addiction and her fraught relationship with her mother; the book was later turned into a movie in 1990 directed by Mike Nichols, starring Meryl Streep and Shirley MacLaine. She would go on to write more novels, including Delusions of Grandma, Surrender the Pink and The Best Awful.

Fisher continued to appear in movies throughout the 90s and 2000s, including When Harry Met Sally, Drop Dead Fred, Scream 3, Heartbreakers, Jay and Silent Bob Strike Back and The Women, and in television shows like Family Guy, Weeds, Entourage and, most recently, the Amazon series Catastrophe.

Less well-known was her reported work as one of Hollywood’s top “script doctors,” rewriting and smoothing out a number of high-profile films, including Sister Act (1992), Outbreak (1995) and The Wedding Singer (1998).

Fisher often spoke openly of her struggles with drug addiction in the late 1970s and with mental illness. She told the Guardian in 2010 that she used cocaine during filming of The Empire Strikes Back, but later gave up drugs when she began to realize she was “losing [her] choice in the matter.”

The actress also revealed that she was diagnosed as bipolar at the age of 24, and said later that she received electroconvulsive shock therapy and medication for treatment.

Fisher was briefly married to singer Paul Simon in the early 1980s and later had a relationship with CAA talent agent Bryan Lourd, with whom she had a daughter, Billie Catherine Lourd, in 1992. She recently caused a stir in Hollywood when, in The Princess Diarist, Fisher wrote that she had had an affair with co-star Harrison Ford during the filming of the original Star Wars.