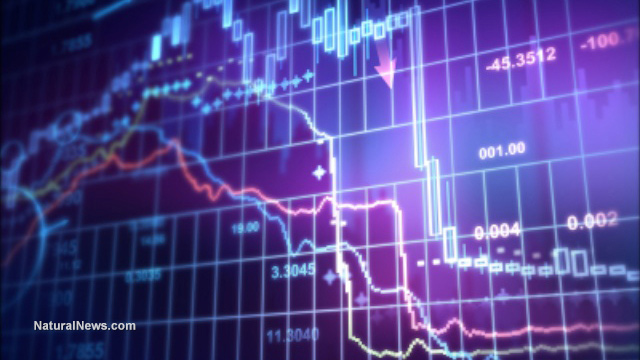 One of Donald Trump’s promises on the campaign trail was to lower drug prices significantly, much to the chagrin of the pharmaceutical industry that relies heavily on high-priced chemicals in order to stay in business. Trump waged war on Big Pharma quite some time ago, so it’s no wonder that they desperately wanted Hillary Clinton to be the next president of the United States.

Of course, there’s no chance of that happening now, and Big Pharma is feeling the consequences, as their stocks are plummeting.

Bob Fredericks of The New York Post reports, “Biotech and pharmaceutical companies both lost ground, with Pfizer, Merck and Johnson & Johnson all dropping by more than 1 percent Wednesday morning. Stocks overall were up, with the Dow Jones Industrial Index topping 19,300 for the first time. Drug companies’ stock had rallied since Trump’s Election Day victory after falling at the prospect of a Hillary Clinton win.”

This is a win for both President-elect Trump and everyone who wants a healthy America. Big Pharma has been running things for far too long and has brainwashed the American public into believing that they need their products. Furthermore, they have enslaved those people into paying extremely high prices for drugs that they believe will help cure their illnesses. Pharmaceutical executives are a twisted group of people who profit off the people in our society who need help the most. It’s a horrific thing to witness, but this is what they do.

Thankfully, we have someone like Donald Trump heading to the White House, where things are sure to be shaken up in a way that we have never seen before. He has called out the pharmaceutical industry in a way that no politician has dared to in modern history. They have always been in their pockets – like Obama is and Hillary has been for years – but Trump has never needed to be, and he doesn’t need to be now.

The American public know this, which is why these stocks took a nosedive after Trump’s upset victory over Hillary Clinton. It’s hard to deny that things are about to get a whole lot more interesting in Washington. After dealing with the status quo for so long, a true anti-establishment candidate is guaranteed to send all of these authoritarian organizations into a frenzy. For the liberty-loving folks out there, no news has ever been sweeter than that.