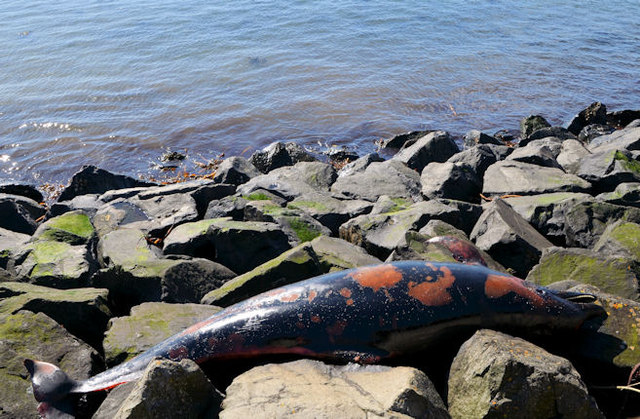 The latest viral trend has been to participate in a mannequin challenge. While it might be all fun and games for some participants, not everyone is happy. The latest version of the trend to go viral has left some animal lovers concerned.

On Blue Lagoon Island, many tourists show up for the Dolphin Encounter in the Bahamas. A recently posted video taken from the facility shows three dolphins holding in a steady pose along with several trainers and guests. It’s a great example of the mannequin challenge genre and the inclusion of animals, but there’s a whole lot more going on. The dolphins weren’t exactly excited to be participants.

According to the Dolphin Project’s founder Ric O’Barry, holding a still pose is something dolphins are frequently coerced to do in captive settings, like while awaiting a command from their trainer. “The dolphins in this video are performing an unnatural trained behavior called ‘stationing,'” O’Barry said. “The dolphins do this for a food reward. All of the dolphin trainers in the video are simply participating in a cheesy publicity stunt, at the dolphins’ expense.”

One of the videos shows two of the dolphins being held by their tails, proof that they are not willing participants in the publicity stunt. Although the clip may seem harmless, the truth is that this is just one of the many disturbing realities behind dolphin encounter shows. Facilities that offer animal experiences, shows, and videos usually appeal to unknowing animal lovers. O’Barry has offered some strong advice to spread awareness of how poorly animals can be mistreated. “The best thing the general public can do (if they really want to help dolphins) is to ignore the ‘Captive Dolphin Mannequin Challenge’ and stop buying tickets to dolphin shows.”

We know every little kid would love to see a dolphin, but keeping them in tanks for human amusement just isn’t right. Dolphins are highly intelligent animals that want and need to live in complex social groups. When they are in captivity, they have usually been separated from their families as a hunting victim, some at a very young age. Dolphins can swim up to 100 miles per day in the wild, however, in captivity they don’t have the space to do so. A concrete tank just isn’t a suitable replica of the dolphin’s ocean home. Dolphins are subject to mental, emotional, and physical stress which can weaken their immune system and make them prone to disease. The death rate for infant dolphins is much higher in captivity.