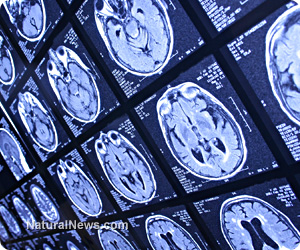 A growing number of people are using electric currents to help remedy health conditions such as depression and chronic pain, instead of taking medication. The practice, which is called “transcranial direct current stimulation” or tDCS for short, uses a weak electric current to hopefully treat neurological and psychological symptoms.

Brain zapping has become so popular, there is even a do-it-yourself community that has popped up on Reddit, where people can share tips on how to use this unconventional therapy to treat everything from schizophrenia to seizures.

Despite the growing popularity of tDCS, it has yet to be approved by the US Food and Drug Administration (FDA). Many scientists have differing views on the efficacy of the electric current therapy, with some even going so far as to call it “quackery.”

One of the reasons mainstream science has been skeptical of this emerging therapy is because they were previously unable to see what exactly the electric currents were doing to peoples’ brains. However, Danny JJ Wang, professor of neurology at the USC Mark and Mary Stevens Neuroimaging and Informatics Institute, and his team, have developed an MRI technique where the magnetic fields induced by tDCS currents can be visualized in living humans. The journal Scientific Reports published their findings in early October.

Wang, the study’s senior author, commented, “Scientists don’t yet understand the mechanisms at work, which prevents the FDA from regulating the therapy. Our study is the first step to experimentally map the tDCS currents in the brain and to provide solid data so researchers can develop science-based treatment.”

So far, the science on tDCS has been relatively inconclusive, but the technique has been shown to improve the symptoms of a myriad of neurological and psychological disorders. Even stroke survivors have been found to reap the benefits of this electric current-based therapy.

The study’s lead author, Mayank Jog, a graduate student conducting research at the David Geffen School of Medicine at UCLA, commented, “This technique is very cheap. You can do it at home. Most studies show people only need two weeks to show improvements, and the effects can last beyond the treatment period. So the technique fosters hope, but researchers need to get a better grasp on what is happening.”

There have been criticisms that the amperage used in tDCS is too weak to cause neurons to fire, but Wang says that is kind of the point. According to him, the point of the therapy is not to cause the neurons to fire, but to create an environment where it will be easier or more difficult for them to do so. In essence, the therapy serves to help promote a healthier environment for the neurons, so they can function more effectively.

The researchers confirmed that the tDCS therapy could change the magnetic fields within the brain via their new MRI methodology. While the researchers agree that more research is required to attain a deeper understanding of the benefits of tDCS, they do feel that their research is a great step in the right direction.