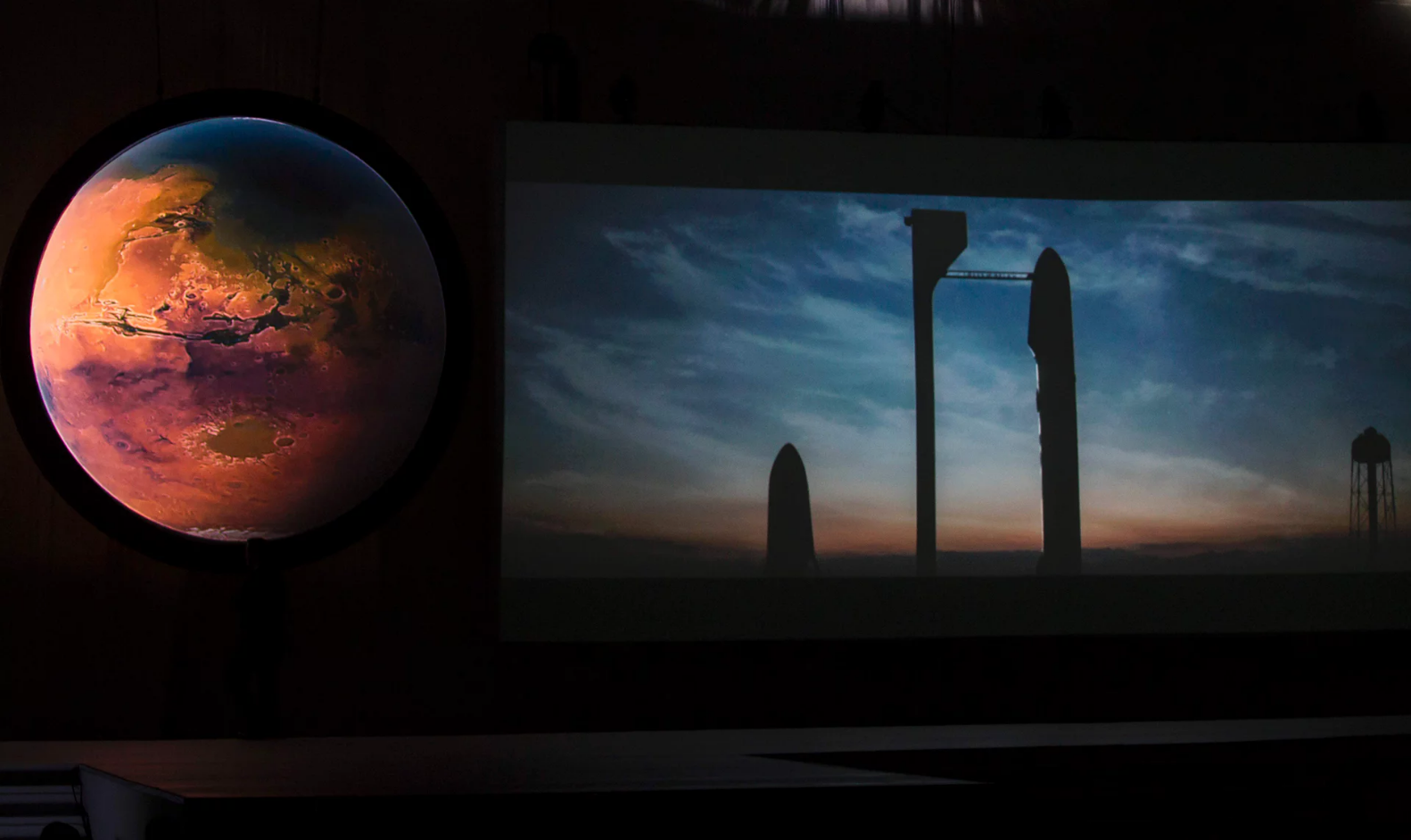 SpaceX founder Elon Musk has outlined his highly ambitious vision for manned missions to Mars, which he said could begin as soon as 2022 – three years sooner than his previous estimates.

However, the question of how such extravagantly expensive missions would be funded remains largely in the dark.

“What I really want to try to achieve here is to make Mars seem possible – like it’s something we can achieve in our lifetimes,” Musk told an audience in his keynote speech at the International Astronautical Congress in Guadalajara, Mexico, on Tuesday.

He said there were “two fundamental paths” facing humanity today. “One is that we stay on Earth forever and then there will be an inevitable extinction event,” he said. “The alternative is to become a spacefaring civilization, and a multi-planetary species.” 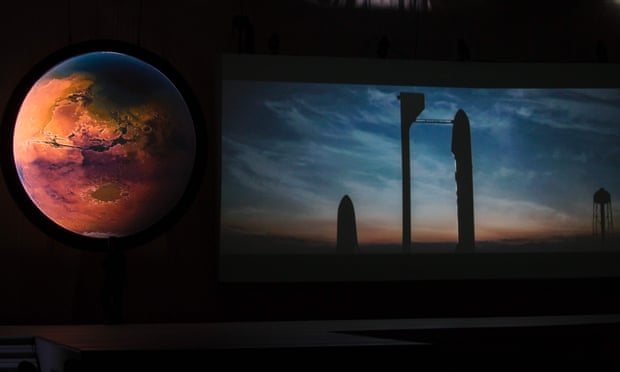 In order to achieve this goal, Musk outlined a multi-stage launch and transport system, including a reusable booster – like the Falcon 9, which SpaceX has already successfully tested – only much larger. The booster, and the “interplanetary module” on top of it, would be nearly as long as two Boeing 747 aircraft. It could initially carry up to 100 passengers, he said.

The first ship to go to Mars, Musk said, would be named Heart of Gold as a tribute to the ship powered by an “infinite improbability drive” from Douglas Adams’ science fiction novel The Hitchhiker’s Guide to the Galaxy.

Similar modules, also launched using reusable boosters, would remain in Earth’s orbit to refuel the interplanetary craft to be able to use multiple trips, including to other parts of the solar system such as Enceladus, a moon of Saturn on which Nasa’s Cassini mission recently found evidence of a polar subsurface water ocean that could harbor life.

Musk also outlined a system by which fuel could be synthesized on Mars from water and carbon dioxide in order to fuel return journeys to Earth.

He estimated the current cost of sending someone to Mars at “around $10bn per person”, though it was not clear if he meant using existing rocket systems or on the initial flight of his proposed system. He said that there would be price improvements over time because of the reusability of the spacecraft, in-orbit refuelling and on-Mars propellant production that would reduce that cost by “orders of magnitude”.

But he made little attempt to solve the thorny problem of the initial cost of constructing the system. Suggesting possible revenue streams, Musk proposed two sources of cash – sending cargo and astronauts to the International SpaceStation and launching satellites – both already part of SpaceX’s business model. 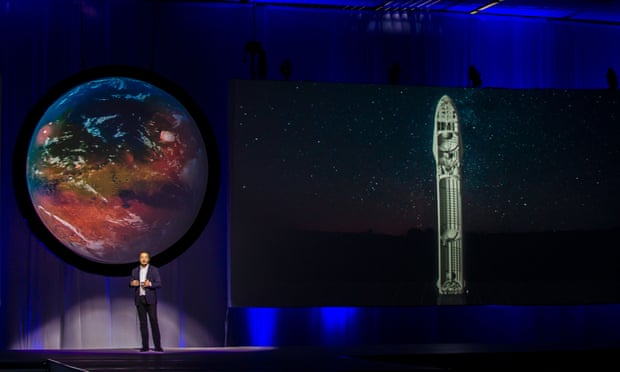 Asked at the talk about funding, however, Musk said: “The reason I am personally accruing assets is to fund this. I really have no other purpose than to make life interplanetary.”

Bill Nye, chief executive officer of the Planetary Society and host of the popular TV show Bill Nye the Science Guy, was in the audience and described the energy of the crowd as “extraordinary”.

“Watching the crowd go absolutely wild today tells me that the best is yet ahead for space exploration,” he told the Guardian, adding that Musk had presented “a very aggressive schedule that seemed feasible to the crowd”.

“No matter what we send to Mars, I very much hope we conduct a thorough, careful search for life before we consider landing people and cargo. I believe the discovery of life or evidence of life would change the way we think about the cosmos and our place within it,” Nye added.

Nasa said in a statement that it welcomed Musk’s plans. “NASA applauds all those who want to take the next giant leap – and advance the journey to Mars. We are very pleased that the global community is working to meet the challenges of a sustainable human presence on Mars. This journey will require the best and the brightest minds from government and industry, and the fact that Mars is a major topic of discussion is very encouraging.”

Nasa says it has made “extraordinary progress” developing a plan for sustainable Mars exploration, building partnerships in both the public and private sectors.

• An earlier version of this article expressed intrigue at Musk’s mention of “steal underpants”. Musk was, of course, quoting the gnomes who steal Tweek’s underpants from the penultimate episode of South Park season two, episode 17. Their plan, in full, was: