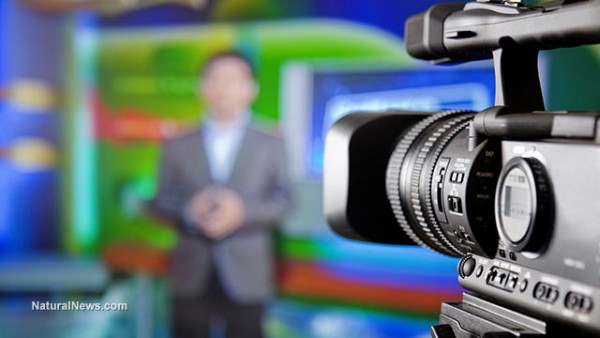 In the age of Barack Obama it seems as though every few months there is a large-scale shooting in the United States. Never before has this phenomenon occurred – until his presidency.

And each shooting gets plenty of airtime. The news networks run with the initial story, update after update, and – for the mainstream media – plenty of “analysis” concluding that the Second Amendment, not people or ideologies or hatred, is the problem. And wading into that subject always creates even more airtime surrounding the event, as broadcasters look for every possible “controversy” and angle to keep the story fresh.

But could this wall-to-wall media coverage be part of the problem? Few in the mainstream media would say so, but other experts are suggesting that so much coverage could in fact be leading to more mass murders.

“From serial killers to mass shooters, if there’s one thing television audiences love, it’s a sordid story of crime with interchangeable victims that could potentially be any one of us,” Russian Times recently reported.

Some say it is difficult to understand why mass shootings have piled up over the past decade or so, but others point to incessant, often over-the-top media coverage as a big reason why. Widespread coverage is what many individuals – and terrorist groups like ISIS – seek. For the former, it solidifies their ‘claim to fame,’ so to speak; for the latter, such coverage is used as propaganda and as a recruiting method.

According to Dr. Jennifer Johnston, co-author of a paper on the “contagion” effect of mass media coverage of mass shootings, news coverage tends to be skewed more towards crimes of a lurid nature than towards issues that are actually more prevalent.

“Fifty percent of news coverage focuses on crime alone, and mostly violent crime, despite other crime being much more common,” states the study.

In discussing mass murders and the media, Johnston noted further that it is vital to understand who the people behind the crimes are. In an interview with RT, Johnston, a professor at the Western New Mexico University, said that a common theme is that shooters want the fame and notoriety that is associated with their horrific crimes.

“Often times, they suffer from depression, social isolation, but also narcissism,” she says.

“So they feel entitled to some kind of social standing that they don’t think they’re getting,” she added.

There is also this: Most people think violent thoughts at some point in their lives because that is relatively normal. In the study, the authors noted that about nine in 10 men and a majority of women have at least “one vivid murder fantasy.”

So, how to fix the problem of notoriety-driven mass murder? Johnston says that she and others involved in the study are asking the media to voluntarily leave out murder suspects’ names, adding that news reports can cover the incidents and surrounding details without focusing on the names of the killers.

Sources for this story include: