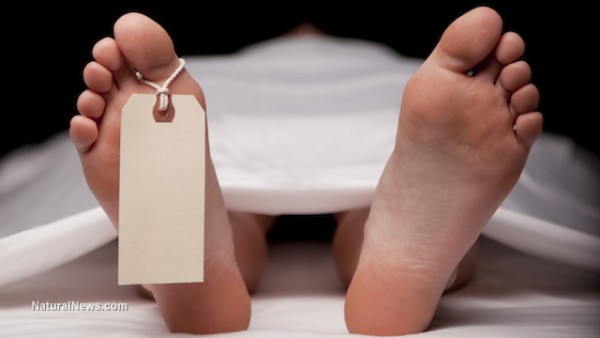 A recent investigation led by British scientists has discovered that there is indeed more to come after life ends. The large-scale study of over 2,000 people found that thoughts continued even after the heart stopped beating.  The shocking research also revealed what is considered to be some of the most convincing evidence ever to support an out-of-body experience for a patient that had been declared dead.

In the past, it was believed that the brain only functioned for about 30 seconds after the heart stopped beating. After blood stopped circulating around the body, it had always been assumed that awareness ended at that point as well. This new study from researchers at the University of Southampton, however, has revealed that consciousness can continue for up to a full three minutes after a person has been pronounced dead.

Dr. Sam Parnia, lead researcher of the study, told Express: “Contrary to perception, death is not a specific moment but a potentially reversible process that occurs after any severe illness or accident causes the heart, lungs and brain to cease functioning.”

About 40 percent of all 2,060 cardiac arrest survivors surveyed by the researchers reported experiencing some kind of awareness after they had been pronounced dead. Dr. Parnia believes that there could be a few different mechanisms behind this, and states: “This suggests more people may have mental activity initially but then lose their memories after recovery, either due to the effects of brain injury or sedative drugs on memory recall.”

One-third of the patients reported experiencing a feeling of time either speeding up or slowing down, while one-in-five reported feeling unusually at peace. Many reported other feelings, such as fear, a feeling of being dragged underwater or even drowning. Others reported seeing a bright light or a golden flash. While just 2 percent of the study participants reported having an actual out-of-body experience, only one man in the study was able to accurately recall what was going on around him after he had been declared clinically dead.

Dr. Parnia says that this patient’s experience is of particular significance because it was previously thought that post-death experiences were more like illusions or hallucinations that occur before the heart stops or just after the heart has successfully been restarted. What this patient experienced, according to Dr. Parnia, is “paradoxical.” The detailed recollections shared by this patient accurately corresponded to what was going on in his environment, even after he was “dead” to his doctors.