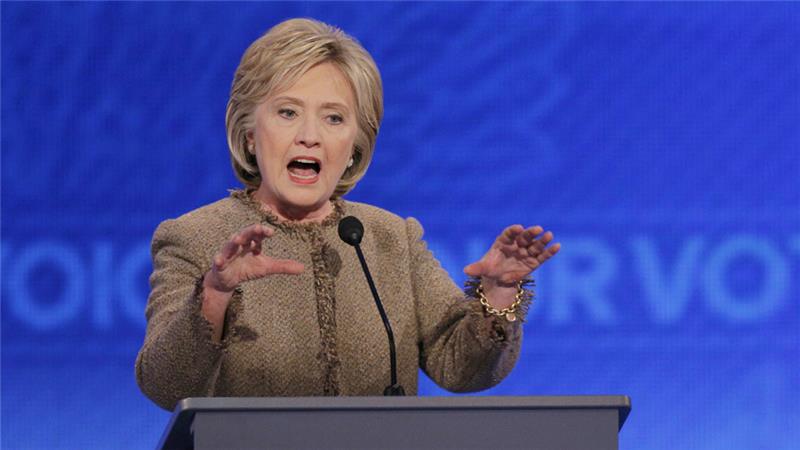 Former Secretary of State Hillary Clinton lost several mobile telephones carrying e-mails from her private server during her time in office, according to newly-released FBI documents on the investigation into her mishandling of classified information.

“[Huma] Abedin and [former Clinton aide Monica] Hanley indicated the whereabouts of Clinton’s [mobile] devices would frequently become unknown once she transitioned to a new device,” one report indicates.

On other occasions, a staffer would destroy Clinton’s old mobile phones “by breaking them in half or hitting them with a hammer,” the FBI documents reveal.

The fact that Clinton’s staff attempted to destroy her old smartphones whenever they could indicates that they knew there was sensitive information on the devices.

FBI director James Comey revealed in July that Clinton had sent and received emails that were marked classified at the time, and contained information that she and her aides should have known was classified.

When old devices containing government documents are to be destroyed, there are precise procedures to be followed, especially if the devices are storing classified information that could endanger national security in the wrong hands.

Presumably, if Clinton’s old smartphones were lost, the information in her emails would be accessible to whoever had found them or obtained them by other means.

Comey indicated that Clinton’s use of private e-mail had indeed posed a risk of being hacked by hostile powers during her travel abroad. Her cell phones certainly would have been a prime target for foreign spies.

However, the documents do note that Clinton said she did not lose a cell phone while traveling.

One report notes that Clinton is known to have used 11 smartphones while Secretary of State, and 2 thereafter. Investigators sought all 13 mobile devices, but two had been destroyed and none of the others could be found.

Joel B. Pollak is Senior Editor-at-Large at Breitbart News. His new book, See No Evil: 19 Hard Truths the Left Can’t Handle, is available from Regnery through Amazon. Follow him on Twitter at @joelpollak.