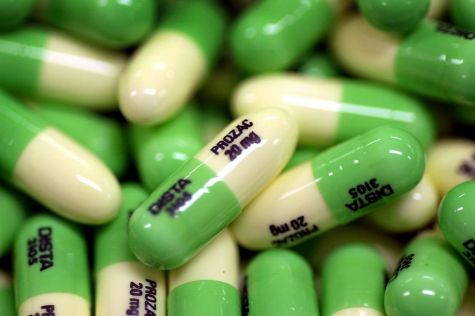 Sixty-nine percent, or more than two-thirds of patients currently using the most commonly prescribed antidepressant medications, “never met the criteria for major depressive disorder,” according to a recent study published in the peer-reviewed Journal of Clinical Psychiatry.(Article by Barbara Hollingsworth, republished from CNSNews.com)

“Many individuals who are prescribed and use antidepressant medications may not have met criteria for mental disorders. Our data indicate that antidepressants are commonly used in the absence of clear evidence-based indications,” according to the study.

Researchers also found that besides not having a major depressive disorder, 38 percent of patients who had been prescribed anti-depressants known as SSRIs (selective serotonin reuptake inhibitors such as Prozac, Paxil and Zoloft) never met the criteria for “obsessive-compulsive disorder, panic disorder, social phobia, or generalized anxiety disorder” either.

However, anti-depressants were prescribed for conditions unrelated to major depressive disorder, including “female gender, Caucasian ethnicity, recent or current physical problems (e.g. loss of bladder control, hypertension, and back pain), and recent mental health facility visits were associated with antidepressant use in addition to mental disorders.”

“Nearly one in five women in the U.S. takes an antidepressant,” according to an article in Scientific American, even though SSRIs “are particularly likely to cause sexual dysfunction.”

“Many individuals prescribed antidepressants may not have met the criteria for mental disorders. We all experience periods of stress, periods of sadness, and periods of self-doubt. These don’t make us mentally ill, they define us as human,” the study authors noted.

According to the Centers for Disease Control and Prevention, (CDC), anti-depressants are among the three most frequently prescribed therapeutic drugs.

The American Psychiatric Association’s Diagnostic and Statistical Manual of Mental Disorders (DSM-V) states that “clinical depression should be diagnosed if a person has five or more depressive symptoms over a two week period, most of the day, nearly every day.”

– A depressed mood or constant irritability;

– Significant loss of interest or pleasure in most activities;

– Significant weight loss or gain not attributable to another source;

– Feelings of sadness, worthlessness, or inappropriate guilt; and