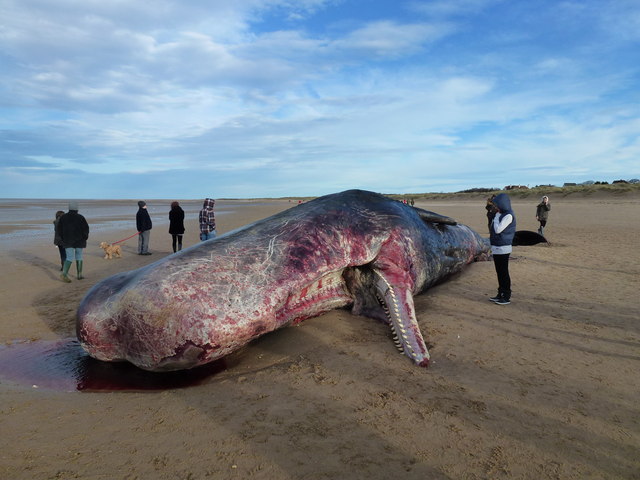 Beached whale carcasses and locus infestations sound like Biblical plagues straight from the Old Testament, but they are a reality afflicting segments of the globe. Consequently, many people are wondering whether these episodes are an ominous warning to the rest of the world.

Last January, the UK Cetacean Strandings Investigation Programme unveiled information that 1,000 whales, dolphins and porpoises (cetaceans) throughout Europe had the highest concentrations of man-made toxins ever documented. The researchers concluded that UK cetaceans are teetering on the brink of extinction because of these contaminants.

Exactly twelve giant beached sperm whales died on the coast of the Dutch island of Texel and the German islands of Wangerooge and Helgoland in January. That same month, 73 short-finned pilot whales were found dead in the Indian state of Tamil Nadu.

Extending back to June 2015, the largest whale stranding ever documented took place on the coast of Chile. Toxic algal blooms fueled by rising oceans were deemed responsible for the incident.

But there are other factors at play, which surpass the forces of nature. The Fukushima Daiichi power plant has been pumping a steady stream of radioactive poison into the Pacific Ocean. It should therefore come as no surprise that a series of rare whales have beached themselves recently on the shores of Japan.

It’s not just whales that are victims of the nuclear disaster. Back in April 2015, a staggering 160 dolphins beached themselves nearly 50 miles from Fukushima. The dolphins showed signs of white lungs, which is associated with radiation poisoning. Survivors of the atomic bomb and children near the Chernobyl disaster exhibited similar lung problems.

Argentina is experiencing its own plague – not in regards to whales – but in regards to a swarm of locusts to infest the country. Thousands of locusts invaded farmlands in Catamarca, Santiago del Estero, Tucuman and Córdoba, according to ABC News.

Many farmers have blamed the recent plague on the previous government headed by President Cristina Fernández de Kirchner, arguing authorities failed to take the threat seriously. There is no study that demonstrates the recent outbreak is a consequence of climate change.

“The last government didn’t care about this situation. This is changing with the new government,” Juan Pablo Karnatz, a member of the Board of Rural Confederations of Argentina, told sources.

The recent outbreak is the worst locust attack in over 50 years, reported the Rural Confederations of Argentina. There have been more than 100 outbreaks in Argentina, which have impacted more than 700,000 hectares of land.

Locusts can grow up to two inches in ten days. Once they mature, mitigating the plague becomes much more difficult. Fumigated aircraft have to be utilized to kill the locusts.

Government authorities in Argentina have been struggling to figure out how to control the infestation. SENASA – a government agricultural inspection agency – has a hotline people can call to report any locust outbreaks.

SENASA official Rafael Rodríguez Prados said in a recent press release, “We know that the locust is a voracious pest that threatens crops, pastures and natural forests and we understand that control is a task that involves us all. That’s why we invited provincial institutions, municipal, communal and producers to participate in this meeting to define coordinated actions necessary for success against the scourge.”

Whether or not the recent beached whales and locus infestations are a plague or merely coincidence, something fishy is in the air.