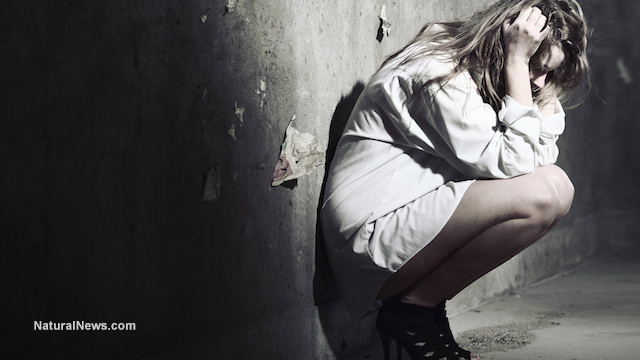 It wasn’t long ago scientists believed that most mental illnesses, including autism, major depression, bipolar disorder, schizophrenia and attention deficit hyperactivity disorder (ADHD), were a result of genetics, but that is beginning to change.

Psychologists are now warning that too much money is being spent on researching the genetic and biological factors of mental illness, instead of understanding what they say is the real cause: “social crises such as unemployment or childhood abuse,” according to the Telegraph.

If this theory is in fact true, that would mean the medical establishment (Big Pharma, hospitals, and doctors) is drugging people with harmful psychotropics simply because they’re going through a tough time – a situation or condition that could probably be resolved through safer and more effective treatments, like meditation, exercise, a strong support network, and talk therapy.

Examining the triggers of mental illness

The Telegraph writes that “while there has been some success in uncovering genes which make people more susceptible to various disorders, specialists say that the true causes of depression and anxiety are from life events and environment, and research should be directed towards understanding the everyday triggers.”

Yet, the Medical Research Council (MRC), a governmental agency that coordinates and funds medical research in the UK, has blown hundreds of millions of dollars investigating the biological causes of mental illness. The same is true for research done in the U.S..

A few years ago, the National Institute of Health funded a study that sifted through thousands of genetic markers searching for genetic commonalities among patients with the most common mental illnesses: autism, major depression, bipolar disorder, schizophrenia and ADHD.

Researchers said they found genetic variations associated with the five most common disorders. But Peter Kinderman, Professor of Clinical Psychology at the University of Liverpool, says “genes are involved, but not very much.”

“Of course every single action, every emotion I’ve ever had involves the brain, so to have a piece of scientific research telling us that the brain is involved in responding emotionally to events doesn’t really advance our understanding very much.

“And yet it detracts from the fact that when unemployment rates go up in a particular locality you get a measurable number of suicides.

“It detracts from the idea that trauma in childhood is a very very powerful predictor of serious problems like experiencing psychotic events in adult life, so of course the brain is involved and of course genes are involved, but not very much, and an excessive focus on those issues takes us away from these very important social factors.”

Why won’t the medical establishment fund mental illness studies outside of genetic factors?

Though this opinion is becoming increasingly more accepted, the medical establishment appears reluctant to divert funding away from studies on genetics and towards learning to understand the triggers of mental illness.

“It’s a tragedy actually. The UK Medical Research Council is one of the biggest funders of medical research in the UK but if you look at the things that they fund, by far the majority are things like brain scanners or gene sequencing machines, almost none of it is going towards understanding psychological mechanisms or social circumstances by which these problems develop,” said Professor Richard Bentall, of Liverpool University. “It is impossible to get funding to look at these kind of things.”

So why is the medical establishment dead set on only researching the genetic causes of mental illness?

Well, if it is accepted that the majority of mental illness is a result of stressful situations and events… that would imply the condition is much more recoverable as opposed to someone who is purportedly biologically wired with it.

In other words, drug companies couldn’t push pills as easily on individuals suffering temporarily, say from lost job or a divorce. But if a person is born with mental illness, that’s essentially justification for a life on psychotropic drugs.

The last line of the Telegraph’s report basically proves our theory: “So if by doing studies like this we can strongly implicate one area of biology it gives a new lead for drug companies to try to develop new therapies.”