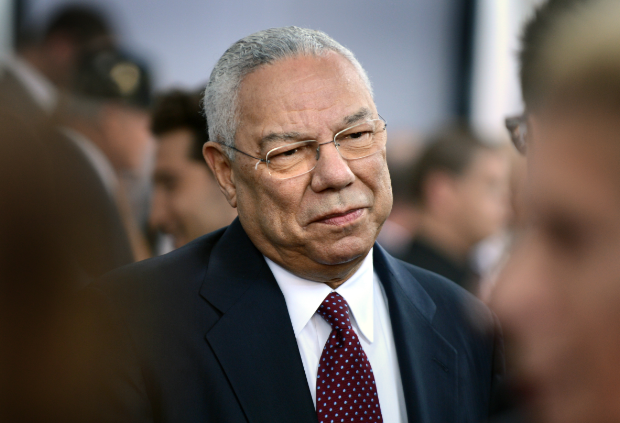 Colin Powell is blaming Hillary Clinton’s “people” for “trying to pin” the Democratic nominee’s use of a personal email server on him.

“Her people have been trying to pin it on me,” Powell told People magazine on Saturday at event in East Hampton, New York, in an article published Sunday night. The New York Post’s Page Six reported similar quotes from Powell at the Apollo in the Hamptons 2016 Night of Legends event.

The remark came just days after The New York Times reported that Clinton told FBI agents that Powell told her to use her own email at a small dinner gathering of former secretaries of state, except for classified communications, as he had done while secretary of state, according to a forthcoming book. Powell’s office responded to that story, remarking that “General Powell has no recollection of the dinner conversation.”

“He did write former Secretary Clinton an email memo describing his use of his personal AOL email account for unclassified messages and how it vastly improved communications within the State Department,” Powell’s office said in a statement.

Powell objected to Clinton’s characterization, telling People that “[t]he truth is, she was using [the private email server] for a year before I sent her a memo telling her what I did.”

Asked why he believed that to be the case, Powell responded, “Why do you think? … It doesn’t bother me. But it’s okay; I’m free.”