Why is this brilliant scientific researcher being silenced by Australia’s vaccine mafia? 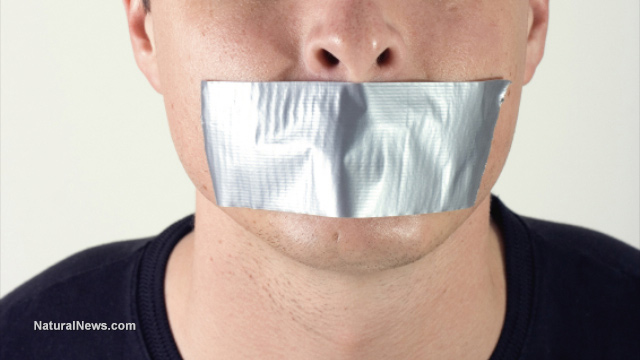 Australian vaccine extremists are notorious for the things they will do to silence those who do not conform to their narrative and try to shine a light on the true nature of vaccines. Recently, these pro-vaccination zealots targeted Dr. Sherri Tenpenny and tried to coerce the Australian government into banning her travel visa. Dr. Tenpenny is a pro-informed-consent educator who has conducted vast and extensive research on the potential negative effects and safety risks of vaccines.

It would seem that the pro-vaccinators of Australia are terrified of their fellow citizens learning that they actually have a choice in the matter when it comes to vaccination. Learning the truth about vaccination exemption, toxic ingredients and vaccine damage would obviously throw all their hard work brainwashing people down the drain.

In addition to trying to coerce the government into revoking her travel visa and prevent her entry into the country altogether, the vaccine junkies are also trying to prevent Dr. Tenpenny from speaking at just about every venue she was booked for. Their strong-arm tactics of basically bullying venues into complying with their wish that she not voice her opinion and educate others are simply unacceptable in a society where freedom of speech should be upheld.

The vaccine information censorship seen in Australia is mirrored by the censorship in the United States. For example, the documentary VAXXED was aggressively censored by mainstream media and condemned to the blacklist. The documentary was supposed to be shown at the Tribeca Film Festival but was unexpectedly pulled from the fest and no reason was given as to why. It’s been suggested that the Sloan Foundation of New York pressured Robert De Niro, co-founder of the Tribeca Film Festival, to remove the film from their program. The documentary was also attacked by the mainstream media in what seemed to be a rather coordinated stream of assault attempts to discredit the film entirely.

Surely neither instance is the first of its kind, and there is only more censorship to come. Like all true propagandists, Big Pharma only wants us to hear and know what they want us to — and that means the only messages permitted are those that encourage us to give them our money. Dissenting opinions are not tolerated well by people who are solely concerned about their profits. While Big Pharma may pretend to have your best interests in mind, all they really want is your money. That’s why they hide the dangerous reality of vaccines: they don’t actually work, and they make people sick. Vaccines have been killing and maiming both young children and adults for years. It is time to wake up and realize that these corporations do not care about people, just the dollar signs they represent. It’s time we, the people, began preparing to take care of ourselves. Our governments and corporations certainly won’t.