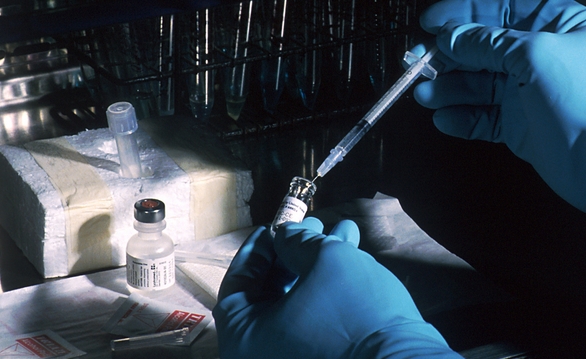 You wanna see a truly terrifying website? Check out Fiercepharma.com. This is where you can learn all about Big Pharma drugs and delivery systems, i.e., liquids, powders, transdermal patches, injections, pills and those nano gene targeted medical electronic devices you’ll soon swallow. Or not.

At FiercePharma.com, all eyes and bots are fixated on Big Pharma’s trillions, and their manufacturing, suppliers, mergers and acquisitions. FDA approvals, global financials, market strategies, advertising campaigns, public relations, and data tracking and research also make the cut. The recently released data on the success of Merck’s HPV (Gardasil) vaccine is a great example of what they’re pushing, and you can read it here. Yes, this is the same Merck HPV {Gardasil) vaccine that has killed, maimed and neurologically injured hundreds, if not thousands of young women globally. Like Karen Durán-Cantor in Columbia. Health Impact News shared this photo: 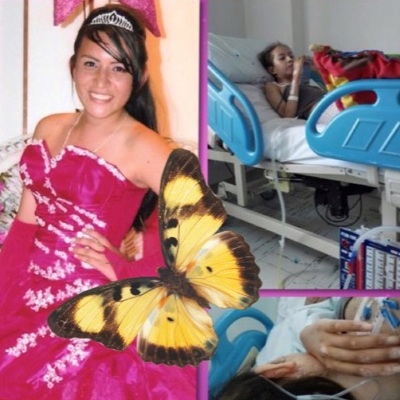 Karen Durán-Cantor in the before and after Gardasil shot. She died. But this new Gardasil research is sounds positive, saith FirecePharma.com, because it demonstrated a “90% decrease in HPV incidence” in “countries with the highest [HPV] vaccination rates.” Results were based on 58 Gardasil studies that took place in 9 countries from 2007 to 2016. Who knows? Maybe the participants died before the could get HPV. Bottom line is this. If you and your family want to remain healthy, don’t be injected with Merck’s Gardasil. The Daily Sheeple shares a list of additional vaccinations to just say no to.

Varivax. This is Merck’s Varicella (Chicken Pox) Vaccine, intended for everyone over 12 months old, with caveats. This vaccine became available in 1995. Before that, chicken pox, while uncomfortable with rashes or blisters, was thought of as a relatively benign disease that children got, and then got over it quickly. Their bodies were then immune to the disease. Was there really a need for Merck to make Varivax? Yes. Money.

MMR. (Measles, Mumps, Rubella) Another one from Merck, this time a three in one. Again, intended for everyone with caveats. This vaccine is discussed at length in the movie Vaxxed, featuring CDC scientist William Thompson, who had confessed the research demonstrating a higher instance of autism in African American boys after being injected with the MMR vaccine was buried. Incidentally, Merck also has a four in one vaccine called ProQuad, which is the MMR plus Varivax. Avoid that one too.

Influenza Vaccine (Flu Shot) the Swine Flu Vaccine (H1N1) and Bird Flu vaccine (H5N1–Avian). There are a variety of manufactures and products for the current 2016 Flu Season. When it comes to all flu shots, here’s a historical perspective of the damage these types of shots have already inflicted. Like in the 1970s, when President Ford advised Americans to get their flu shots.

Anthrax Vaccine. Hundreds of thousands of American soldiers were given experimental vaccines, including anthrax, in the First Gulf War. Vicious and debilitating side effects were also experienced by the families of the returning Veterans. As if depleted uranium wasn’t bad enough. ThinkTwice.org reports:

“U.S. troops [in the Persian Gulf War] were intentionally exposed to investigational drugs and vaccines… In still other cases, soldiers were exposed to biological agents or other dangerous substances that DoD was studying; the goal was to study the substances, not their effect on humans…”

Zika Vaccine. This is a pretty recent development for the disease spread by mosquitoes. So what’s the buzz? Well, it seems to have run out of steam, according to FiercePharma.com:

“GlaxoSmithKline, Merck and Johnson & Johnson … [have] concerns about the marketability of a Zika vaccine.” Even the World Health Organization (WHO) chimed in to say, “This is not seen as a commercial market, at least for the time being.”

Is that because it’s a hoax?