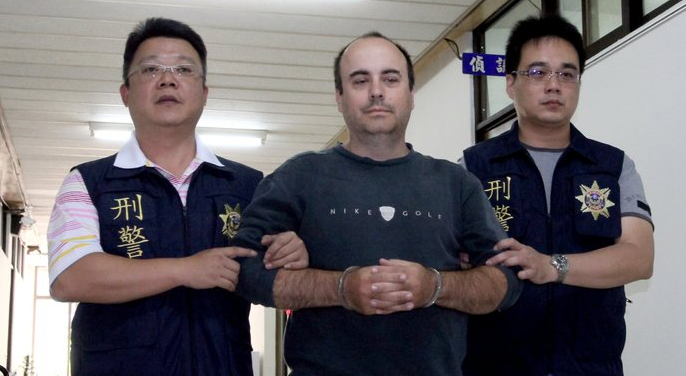 An American man was recently convicted in Taiwan for growing marijuana and slashed his throat in court with a pair of scissors after receiving a four year prison sentence. Tyrel Martin Marhanka, 41, was rushed to hospital but could not be saved.

Tyrel Markhana had been convicted of growing marijuana at his home in Changhua, in central Taiwan, and of importing marijuana and opium poppy seeds. For this, he may well have received a 7 year prison sentence, but he received a more lenient sentence of four years because he claimed he had not sold the marijuana to other parties and was growing it for his own use. He would have been able to appeal the sentence, but apparently did not want to.

Mr. Marhanka had lived in Taiwan for a number of years and is survived by his Taiwanese wife and two children. He worked in Taiwan as an English teacher, but it seems he lost his job after he was charged for marijuana possession.

Why did he think he could get away with growing marijuana plants in Taiwan? Cannabis is not legal in Taiwan and the authorities are strict about enforcing drug laws. Smoking, carrying and trading marijuana are illegal activities. Toking weed is a big deal in the country and if caught, you will most likely land in jail for at least seven years. Trafficking and possession in commercial quantities are punishable by death.

Police in Taiwan are strict when it comes to marijuana and anyone caught will surely face penalties and most likely spend time in jail. Smoking weed in public is not tolerated. Never smoke in public or engage in any pot-related activities when you are in Taiwan if you don’t want to go to jail.

Possibly, the authorities were more lenient on Markhana because he was a foreigner than they would have been if he was a local citizen. Tourists and ex-pats need to be very careful they understand the laws and penalties for drug related crimes in Asian countries. Never think that because you are British or Americal, you are above the law or that Taiwan’s laws don’t apply to you. Hopefully, one day marijuana will be decriminalized in Asian countries as it is in other countries, but until then, marijuana is illegal to possess, transport, sell or cultivate in Taiwan.