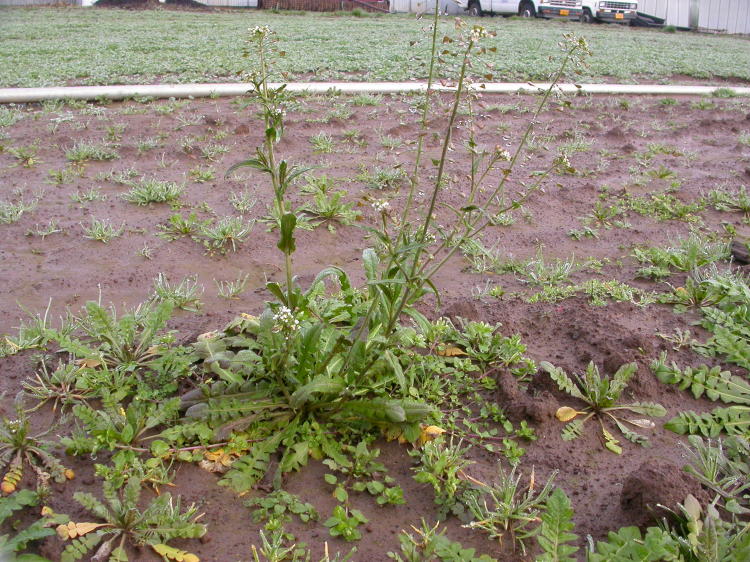 (Homesteading.news) Although often dismissed as a weed, one of the most widespread flowering plants in the world is actually a highly useful plant both medicinally and nutritionally. This “weed,” commonly known as shepherd’s purse, can be eaten raw or cooked, and is particularly prized for its ability to stop both external and internal bleeding.

Native to Europe, shepherd’s purse (Capsella bursa-pastoris) has now become nativized in temperate zones worldwide, and can be found wild in almost any temperate region where humans live. It can also be found in high-elevation tropical regions. Shepherd’s purse commonly grows as a weed in lawns and gardens, along roadsides, and in pastures or agricultural fields.

Shepherd’s purse is a member of the mustard family (Brassicaceae), also known as the cruciferous vegetable family. This diverse and nutritious plant family contains many of the world’s most widely eaten food crops, such as broccoli, cauliflower, cabbage, turnips and kale.

The leaves can be eaten raw in salads or sandwiches, or can be added raw or cooked to soups. They are said to have a zesty, peppery taste similar to watercress (also a crucifer). The flowers are commonly eaten raw, while the stalk is eaten both raw and cooked. The seeds or young seed pods are used as a seasoning, said to be peppery in flavor (like mustard seeds). The roots make a good ginger substitute (fresh or dried) and can also be candied into a syrup.

It is its medicinal properties that have brought shepherd’s purse the most fame, however, particularly its ability to stop bleeding. Indeed, it has been used as a medicinal plant in southern Europe and southwestern Asia since ancient days.

To stop external bleeding, a poultice may be made of the crushed fresh or dried leaves, then applied directly to the wound. For internal of systemic bleeding, the plant is usually taken internally as a tea. In fact, shepherd’s purse tea was regularly used during World War I to stop internal hemorrhaging of the stomach and lungs. Midwives also use a tea or tincture of the plant to stop bleeding after childbirth (although the plant should not be taken during pregnancy, as it can stimulate contractions).

Plant it or pick it wild

Perhaps the best thing about shepherd’s purse is that it can be found growing nearly everywhere in many parts of the world in the winter and spring months. Although it lives only a year and rarely grows in the same place two consecutive years in a row, the seeds remain viable for as long as 20 years. This viability has played a major part in helping the plant colonize diverse corners of the globe.

Shepherd’s purse can most easily be identified by its heart-shaped seed pods, which are said to resemble the pouches formerly carried by European peasants and are responsible for its most common name. The leaves are similar to those of other plants in the mustard family, deeply lobed and most resembling the leaves of a dandelion plant. Another distinctive (though not unique) feature of shepherd’s purse is the way the leaves spread flat along the ground in a striking rosette pattern.

Shepherd’s purse may grow to anywhere between three and 18 inches in height. Its flowers are small and white, and cluster at the top of the stem.