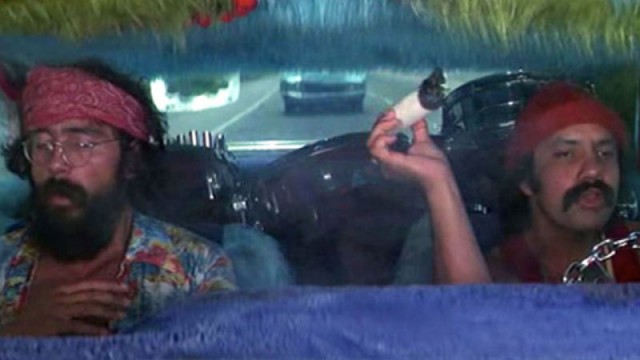 As the country’s attitude towards marijuana has shifted, the number of people smoking while driving has spiked. In the same way law enforcement use breathalyzers to estimate the blood alcohol content of an individual behind the wheel, a researcher at the University of British Columbia has created a breathalyzer to measure THC levels in pot smokers.

Engineering professor Mina Hoorfar developed the device, otherwise known as a microfluidic breath analyzer, which can detect the presence of tetrahydrocannabinol (THC), the psychoactive constituent in cannabis, on a person’s breath. THC levels for any sample can be known within seconds and the results uploaded to a smart phone.

“There are other breath analyzers out there for THC, but what is different about ours is that our device is very selective,” explained Hoorfar. “We use micro-channels smaller than a human hair with a polymer coating that separates the gas molecules, so no matter what else you have eaten or ingested it will only register the molecule of interest,” she added.

Stoned behind the wheel

THC stays in the blood and saliva. Roadside testing using blood analysis or spit is a tedious process that takes time. With the use of microfluidic breath analyzers, however, police would be able to determine whether a person is stoned behind the wheel in just a few seconds.

The gas sensor at the end of the channel determines the levels of THC in a sample with precision, regardless of whether the individual also drank alcohol or not. And unlike conventional breath analyzers, this device can work in temperatures of varying degrees, explained Vancouver Sun.

“Our sensor works under extreme conditions. I know that other sensors won’t work if they are in very hot or humid conditions, delivering false positives and negatives,” Hoorfar said.

Hoorfar and PhD candidate Mohammad Paknahad developed the breath analyzer with the use of a 3D printer. They claim the device can be manufactured for as little as $15.

Although the instrument can help police officers crack down on smoking and driving, Hoorfar claims it is not just intended for law enforcement.

“This is a tool not just for the police, but for self-testing,” she said. “People can consciously make the choice to test themselves after they have consumed THC or alcohol.”

Too high to drive?

Debate wages about whether it is dangerous to drive while under the influence of marijuana. Like alcohol, marijuana can decrease peripheral vision and impair reaction time, which would seem to increase the risk for car accidents.

After Washington first legalized marijuana in 2014, the number of drivers involved in fatal crashes with THC in their system jumped by 6 percent. On the other hand, only half of those 2014 drivers had a THC level over five nanograms per milliliter in their blood, which in Washington, qualifies as driving under the influence, reports Reason. Furthermore, this standard is contentious among marijuana users, since THC effects people differently at different levels. In other words, there is no one-high-fits-all approach to marijuana tolerance.

Following the footsteps of Hoorfar and Paknahad, Cannabix Technologies is also in the process of developing a marijuana breath analyzer using mass spectrometer technology. The firm was able to raise $2 million to help fund the creation of its products.

While using the breath analyzer in the lab, Hoorfar and Paknahad discovered it could detect odors other than THC. The device is being tested for ketones, meaning diabetics may be able to keep tabs on their glucose levels using a breath analyzer instead of pricking their fingers. The instrument is also being tested above gas lines to determine how well it can discern gas leaks.

In short: If police start using breath analyzers for roadside testing, pot heads will be holding their breath for more than one reason.