Colorado voters will decide who regulates fracking in November 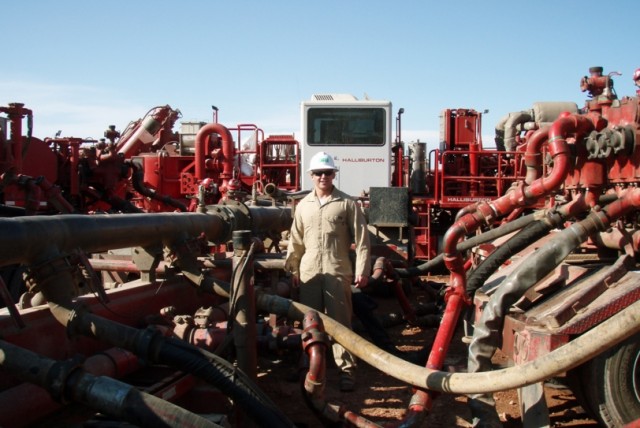 Environmental activists and supporters of the oil and gas industry are gearing up for a fight in Colorado as voters will soon be given the chance to decide who has the authority to regulate fracking in the state.

Though fracking has substantially increased oil production in the U.S., nearly doubling oil outputs, the technology is not without consequences, as it’s been linked to a host of adverse health and environmental impacts.

Evidence shows fracking harms wildlife, pollutes the air, soil, and groundwater with carcinogenic chemicals, negatively affects the climate, and causes man-made earthquakes, according to Think Progress. It also requires an unsustainable amount of water, totaling almost 240 billion gallons, which cannot be reused due its toxicity.

Local governments have attempted to regulate and, in some places, ban fracking entirely, but state officials and the industry pushed back, arguing that the state has primary authority over energy regulation.

A few years ago, voters in Longmont opted to prohibit fracking and the disposal of fracking wastewater within the city limits; however, the decision was recently overturned by the Colorado Supreme Court, which ruled that it interfered with state regulations and the state’s ability to produce oil, according to the Longmont Times-Call.

The court also ruled against Fort Collins’ five-year fracking moratorium. Other places have temporarily banned fracking including the city of Boulder, Boulder County, Broomfield, and Lafayette; the majority of which are now facing lawsuits.

Hoping to gain more authority over fracking regulations, activists and environmental groups aimed at getting at least five measures on the November ballot to amend the state Constitution.

Proposed amendments include “specific restrictions on the oil and gas industry, such as minimum distances between wells and homes,” reports The Seattle Times. “Others would grant local governments more regulatory power. Because they’re constitutional amendments, they would supersede Monday’s Supreme Court ruling.”

Much like the effort to label GMOs, the industry’s bankroll poses significant challenges to its opponents. The oil and gas industry is prepared to mount an expensive campaign, spending nearly $6 million on the effort.

“We’re taking them as a serious threat to responsible oil and gas development in the state of Colorado, “said Karen Crummy, a spokeswoman for an industry-backed group called Protecting Colorado’s Environment, Economy and Energy Independence. “We consider all of these measures to be a ban on fracking. We’re going to fight.”

Those supporting a fracking ban, or in the very least industry restrictions, report having around $15,000 to spend on the campaign. However, their lack of deep pockets doesn’t mean they won’t put up a fight, as well.

“It can only help us because it shows that communities don’t have many rights right now when industry wants to drill,” said Tricia Olson, with Yes for Health and Safety over Fracking, a health and environmental group aimed at protecting people and property affected by fracking.

Aside from the potential health and environmental hazards induced by fracking, others are complaining about the “around-the-clock noise, lights and fumes” caused by drilling rigs.

The oil and gas industry insists fracking is safe, and that drilling operations are trying to reduce the aforementioned disturbances.

Anti-fracking activists are working to gather signatures for two of its initiative submissions including initiative #75, “Local Governmental Control of Oil and Gas Development,” which argues that oil and gas operations, like other industries, should be subjected to local jurisdiction.

Initiative #78, “Mandatory Setbacks from Oil and Gas Development,” would establish a buffer zone of less than half a mile (2500 sq. ft.) “around homes, hospitals and schools, as well as sensitive areas like playgrounds and drinking water sources, from new oil and gas development,” according to a report by Yes For Health and Safety.

“Unlike the current setback of 500’ from homes, 2500’ is based upon objective measures such as health studies that show increased health risks within ½ mile of “fracked” wells and the perimeters of real-life explosion, evacuation, and burn zones.”