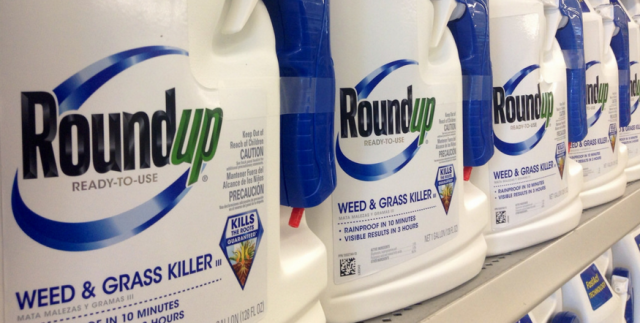 There’s a picture of sizzling bacon, replete with it’s fat and salty substance introducing a recent Reuter’s investigative report on the International Agency on Cancer Research (IARC). The caption underneath the picture (equating IARC statements about carcinogens in processed meat to what IARC says about meat in general) seems to be as shady as the rest of the article. IARC is an arm of the World Health Organization (WHO), but it acts independently and in collaboration with a global cadre of scientists and researchers to help prevent cancer. According to IARC, “Emphasis is placed on elucidating the role of environmental and lifestyle risk factors and studying their interplay with genetic background in population-based studies and appropriate experimental models. This emphasis reflects the understanding that most cancers are, directly or indirectly, linked to environmental factors and thus are preventable.”

IARC’s independence and methods are questioned, especially when it comes to glyphosate, which IARC declared to be a “probable carcinogen” in March 2015. With billions at stake in the global bio agriculture system, this was not a popular decision. The Ecologist reports:

“The Reuters news organisation has just sullied its reputation with a disgraceful attack on the WHO’s specialist body on cancer, the IARC, writes Claire Robinson. Resorting to smear, innuendo and anonymous critics, it relies heavily on discredited industry sources including tobacco defenders in its attempt to undermine IARC’s view that glyphosate probably causes cancer… Kate Kelland’s article implies that the IARC considers almost everything it meets to be carcinogenic, with processed meats and hairdressing the prime examples.

“And Kelland claims authoritative sources for her criticism: ‘Experts from academia, industry and public health say IARC confuses the public and policymakers. Some critics say the way IARC considers and communicates whether substances are carcinogenic is flawed and needs reform.’

But what Kelland fails to tell her readers is that most of the criticisms of the IARC that she cites are from notorious pro-industry sources.”

There are two sides to every carcinogen: Those who make money and those who die. Guess which one usually wins?

The Reuter’s article mentioned processed meat – way before IARC’s decree, there were plenty of folks saying that nitrates were linked to cancer –  plutonium and cellphones, but it saves the most propaganda creating doubt in IARC’s decision to call Roundup’s main ingredient glyphosate, a probable carcinogen. The Ecologist has the story:

“The article focuses on the disagreement between the IARC, which has named glyphosate herbicide as a probable human carcinogen, and the European Food Safety Authority (EFSA), which says glyphosate is unlikely to pose a cancer risk…

“Kelland mentions a letter signed by 94 scientists [who understood glyphosate dangers], led by Dr Portier [with the National Institute of Environmental Health Sciences (NIEHS) for 32 years] that was sent to EFSA criticizing the agency’s assessment of glyphosate. Yet she fails to address any of the substantive points raised by the scientists in their detailed and heavily referenced letter.”

As with most propaganda campaigns, this piece was coordinated with other similar toned materials that opposed IARC’s stance on glyphosate

“One was an article for The Times by Matt Ridley, in which he called upon IARC to “Stop misusing science to scare the world”. Ridley is an anti-environmentalist commentator who loses no opportunity to hype industrialized agriculture… The second IARC attack came in the form of an article by Andrew Porterfield, which claimed IARC had been “infiltrated” by NGO interests… His article was published on the website of the Genetic Literacy Project, which is run by Jon Entine.”

When the discredited Jon Entine is used as a source for truth, you know you’re reading lies.