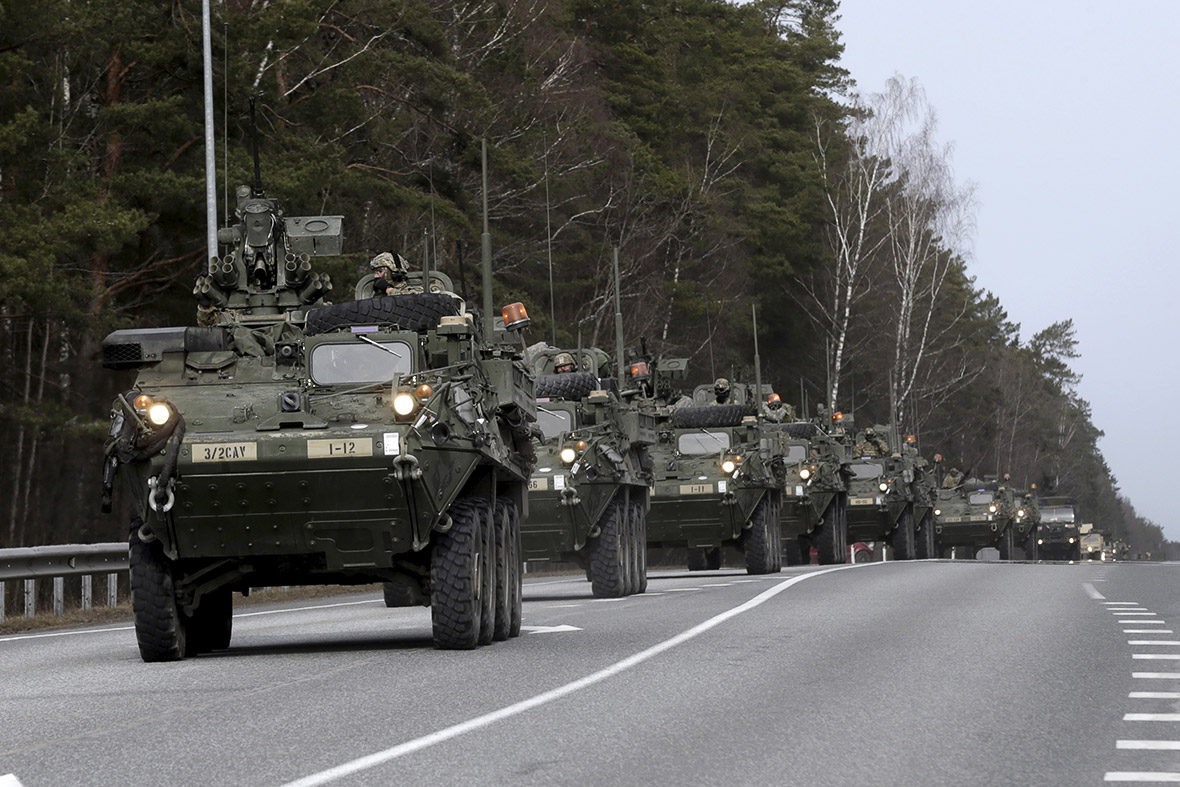 (NationalSecurity.news) With relations between the U.S. and Russia deteriorating and Moscow continuing its aggressive, belligerent actions against U.S. warships and aircraft in international spaces, U.S. European Command [EUCOM] is shifting its focus away from “reassurance to deterrence” and “from a training to a warfighting stance,” Breaking Defense reported this week, citing top defense officials.

In recent days Defense Secretary Ashton Carter took a trip across the Atlantic Ocean to preside over a change of command ceremony at EUCOM, with Air Force Gen. Philip Breedlove handing over the reins to Army Gen. Curtis “Mike” Scaparrotti, who had been U.S. Forces Korea commander.

Three senior defense officials, citing “unprecedented threats from the east and south” of Europe, told talked about Carter’s three-day trip to Stuttgart, Germany, Breaking Defense reported. In a pre-trip briefing, one Defense official told reporters that in terms of the eastern threat – which is in reference to Russia – EUCOM will be “moving from a training to a warfighting stance.”

Officials stressed that the new stance does not mean the U.S. is planning to go to war against Russia, merely that it will shift its force structure in a manner aimed at deterring Moscow and defending NATO and European partners should Russian President Vladimir Putin attempt what he has done in Ukraine.

One Defense official said that a challenge faced by EUCOM is that the command is currently “under-resourced,” meaning it lacks sufficient forces and equipment for the deterrence mission. The official also noted that outgoing commander Breedlove has made that plain to Pentagon officials for the past two years. And while most combatant commanders are always pressing the Defense Department for more, top U.S. military officials have agreed for some time that Russia is the top threat Washington and its allies face in Europe, Breaking Defense noted.

One quality trait inherent in Scaparrotti is that as commander of U.S. Forces Korea, he has experience facing off against the erratic and often dangerously provocative behavior of the regime of Kim Jong Un.

The Obama administration, in its last defense budget request, has asked Congress for $3.4 billion for the European Reassurance Initiative, $2 billion of which would go to fully fund an equipped and manned Armored Brigade Combat Team. The money, if approved by lawmakers, would quadruple the amount in ERI in last year’s defense budget.