Belgium and the Netherlands are stocking up on Iodine to combat nuclear radiation from power plants… should U.S. residents be stocking up too? 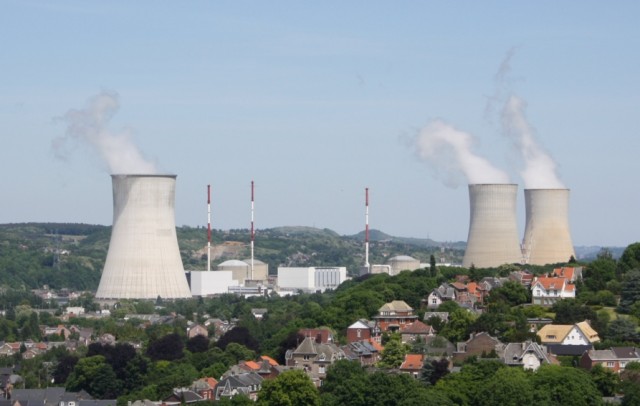 Nuclear accidents are no longer considered a slight possibility, but an imminent threat due to aging reactors and the sites being increasingly targeted by terror groups, such as ISIS. The Dutch government is the latest to take precautionary measures in the event of nuclear fallout. Last month the government announced it was ordering 15 million iodine pills to protect people living near power plants.

The move was echoed by authorities in Belgium, who said they too are considering passing out iodine tablets to its citizens in the event of a nuclear disaster. The pills contain potassium iodine, which shields the thyroid from the harmful effects of radiation.

If the proper dose is administered, potassium iodine effectively reduces the risk for thyroid cancer in those exposed to radioiodines via inhalation or ingestion, according to the U.S. Food and Drug Administration.

Authorities in the Netherlands and Belgium said the pills would be given to people under the age of 18 and pregnant women living within 60 miles of an affected nuclear plant – a distance determined based on what happened in Fukushima, Japan. Any pills left over would be given to the general population, reports Politico. The pills work best if taken within 3-4 hours of exposure.

Spokeswoman for the Federal Authority for Nuclear Control, Nele Scheerlinck said every five years Belgium revises its nuclear emergency plans. Though the idea of handing out iodine pills in Belgium is not new, giving them to the entire country is, she said, adding that, current guidelines recommend people living within only 12 miles of an affected nuclear plant take the pills.

“We are a very small and densely populated country surrounded by nuclear power plants both in our country and neighboring countries,” said Scheerlinck, adding the iodine pills are “cheap and efficient.”

Belgium increased security at its most high-risk nuclear facilities last month when police discovered video footage filmed by terrorists of the daily routine of a nuclear program chief. Jihadi brothers Khalid and Ibrahim El Bakraoui made the secret footage before blowing themselves up on a metro train at Brussels airport.

Authorities suspect the brothers were planning to kidnap the chief in order to access one of Belgium’s two atomic facilities, according to the Daily Mail. Terrorists’ goal is to cause a nuclear meltdown in Belgium, killing hundreds of thousands of people in a massive radiation catastrophe, essentially turning the nuclear plants into a large-scale “dirty bomb.”

In March, authorities revoked the access badges of 11 workers at Belgium’s Tihange nuclear power plant, located 40 miles southeast of Brussels, due to their potential involvement with ISIS. It was later learned that two people working for Belgium’s other large nuclear plant, Doel, fled to Syria and joined ISIS. One was killed in Syria in 2014, and the other served just two years in jail.

A successful attack at either plant would be hugely catastrophic. Tihange is located in a heavily populated region less than 50 miles from each of Belgium’s borders with Germany, the Netherlands, France and Luxembourg.

Europe is having a particularly difficult time protecting itself from terrorism due to its open border policies, which permit relatively easy travel for terrorists. Nearly the same open border policy exists in the U.S., so could we be in danger too?

Currently, there are a total of 61 commercially operating nuclear plants in the U.S., with 99 nuclear reactors in 30 states, according to U.S. Energy Information Administration, leaving the nation vulnerable to accidents, as well as deliberate attacks by terror groups.

Despite the risk, the FDA does not encourage citizens to have iodine on hand; however, the Nuclear Regulatory Commission does purchase potassium iodine for states with nuclear reactors and places with a population living within 10-miles of the emergency planning zone.

Notice the buffer is much smaller than the 60 plus miles recommended by Belgium authorities; remember, that distance is based off of what happened in Fukushima.

Don’t wait for the FDA to protect you, pick up a bottle of the Health Ranger’s laboratory-verified iodine today. (Be prepared and get your emergency Iodine from the Natural News Store by clicking here while supplies last).