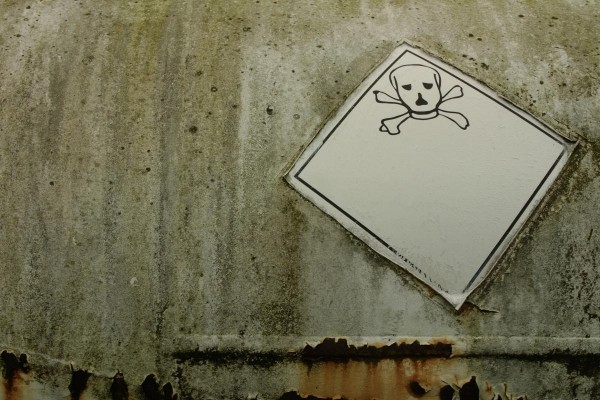 The chemical train of death and destruction just got another engine. Why should we be surprised? The folks at the EPA don’t give two hoots about the soil or your children’s insides. They are more concerned with keeping their job as revolving door bureaucrats and doing the bidding of their masters. I wonder when they will develop intestinal permeability? Or some other auto immune disorder from eating processed food and GMOs. It’s like those elite pilots who fly and dump the chemicals in the sky. Do they not read? Or is everything just kept on a need to know basis? Perhaps bribery and bonuses work too. Well, anyway, this next chemical to be engineered into and then sprayed onto soybeans and cotton is not new; dicamba has been around since 1967. The Pesticide Action Network reports that if this organophosphorus is inhaled, the results include: “cough, labored breathing, weakness or vomit.” And that’s just for starters, according to the Center for Food Safety:

“Epidemiology studies [have linked dicamba] to increased rates of cancer in farmers and birth defects in their male offspring. Dicamba is moderately persistent and frequently detected in surface waters. Farmers are particularly concerned by dicamba’s propensity to drift and damage neighboring crops. Dicamba drift also threatens flowering plants that provide nectar for pollinators and habitat for other species. The large increase in dicamba applications that would accompany the crops is expected to dramatically escalate these adverse impacts.”

Just why does the biotech agricultural pesticide and herbicide poisoned food industry need to beef up the use of dicamba? Probably for a couple reasons. One of which is money. And, just like New York fashion houses, maybe bringing back classic herbicides or pesticides is a seasonal phenomena. The other reason is most likely those pesky super weeds that affect over half of U.S. farms because nature has fought back Round Up’s glyphosate and that the pusher men have been pushing. The Center for Biological Diversity in Portland, Oregon is not happy. Here’s what they say:

“The Environmental Protection Agency [has] proposed a plan… to approve the use of dicamba on cotton and soybeans that are genetically engineered to tolerate the pesticide. Dicamba has been around for decades, but this new EPA decision would allow the herbicide to be sprayed directly on cotton and soybean crops – opening the door for annual dicamba use to jump from less than 1 million pounds to more than 25 million on these two crops”

And what about the birds and the bees? The EPA hasn’t considered that in their approval.

From Center for Biological Diversity:

“The EPA, however, has admitted that every single taxon of threatened and endangered species – including birds, plants, amphibians and mammals – may be harmed by the massive increase in dicamba use. The agency has not yet complied with its obligation to consider impacts to these species under the Endangered Species Act.

“Once again the EPA is allowing for staggering increases in pesticide use that will undoubtedly harm our nation’s most imperiled plants and animals,” said Dr. Nathan Donley, a scientist with the Center for Biological Diversity. “Iconic species like endangered whooping cranes are known to visit soybean fields, for instance, and now they’d be exposed to this toxic herbicide at levels they’ve never seen before.”

Make it your mantra. Buy clean food and boycott all GMO food products.