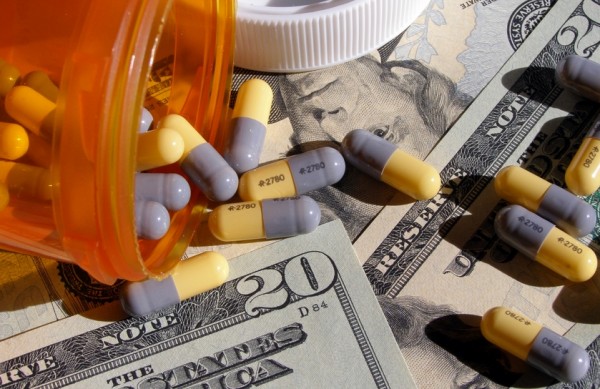 A pharmaceutical technician recently admitted that the pharma industry does not expend resources developing drugs it knows will be unprofitable, regardless of whether or not they are needed. He also said that if consumers want lower drug prices, then they must be willing to pay higher taxes.

The comments were made by seasoned pharma tech Drew Smith in response to the following question: “How valid are skeptics’ arguments that pharmaceutical companies aren’t trying to cure deadly diseases because doing so would impact their bottom line?”

Smith is a former employee for NeXstar Pharma, SomaLogic, and MicroPhage, which filed for bankruptcy in December 2012. His remarks were published on Quora, a question-and-answer website where questions are asked and answered by its users.

Unsurprisingly, the column was republished by Forbes magazine with the headline: “Why It’s Time To Put Big Pharma Conspiracy Theories To Rest.” Forbes is notorious for favoring some of the world’s most offending industries, including Big Pharma and powerful agrochemical companies responsible for blanketing the planet in harmful herbicides.

In the Quora column, Smith stated blatantly that pharma is in fact a “profit-seeking organization” that pursues returns and not losses. Responding to the initial question about pharma only being interested in curing diseases that are profitable to them, he wrote:

“There are two possible answers here, depending on how the question is read. If the accusation is that companies will not make R&D investments to address diseases whose markets are too small or too impoverished to generate a positive return on that investment, then the answer is ‘of course they aren’t.’  Profit-seeking organizations seek profits, not losses.”

Smith argues that the only way to create alternative pathways for drug development is for taxpayers to fund non-profit organizations. So, if consumers want to pay less, they’re going to have to pay up, according to Smith.

The problem with this suggestion is that drug development would still be controlled by the money handlers. Whoever controls the money, determines the outcome, and eventually the science. This could only work if there was a “blind pool” of money for researchers to tap into, thus eliminating special interests with financial controls.

Smith then addresses the accusation that drug companies “deliberately develop drugs that treat, rather than cure diseases,” an angle he calls “more sinister.”

“In this way, they act like dope dealers whose customers, once addicted, can be exploited to generate an endless stream of profit. It is a view that Pfizer prefers to create drugs like Lipitor, which patients take for the rest of their lives, rather than a single treatment that cures high serum cholesterol once and for all,” says Smith.

“I don’t doubt that there are drug company execs whose utter amorality would lead them to pursue such a strategy if it were feasible,” he says. “But it would be a losing strategy. There is real competition in the pharma industry, and a drug that cures a disease will kick the ass of a drug that merely controls it.”

While Smith is right about the fact that a curing drug would attract much more attention and potentially be profitable if it were to hit the market, he doesn’t admit that drug companies routinely conceal cures so that they can continue pushing life-long drugs – which create an endless stream of profit.

Wrapping up his response, Smith says our current “market-oriented” system for drug development is “mostly” fair, arguing that consumers are in fact the greedy ones, particularly if they’re unwilling to cough up more taxpayer money.

“It’s the job of governments to align market incentives with societal needs when possible, or create alternative institutions when not. The latter approach means paying higher taxes.

“I would hope that those who complain of greedy drug companies are willing to vote higher taxes to create alternative paths to drug development. Otherwise they are showing the same greed (albeit at a smaller scale) as the worst players in the industry.”