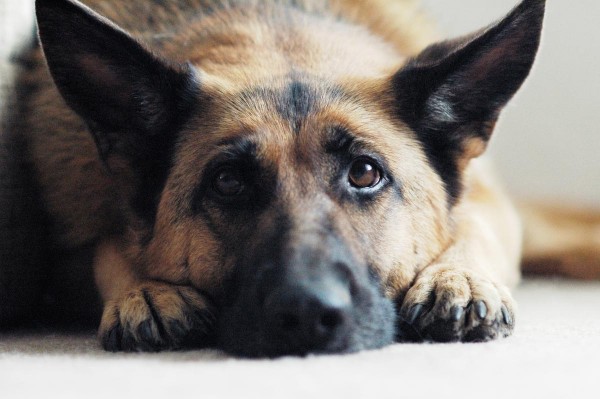 Matthew Hickey recently retired from the Marietta, Ohio, police department. His partner for his final four years was none other than Ajax, a German Shepard police dog who became more than just a sidekick.

After 30 years on the force, Hickey, who had grown quite used to Ajax, was given the option of buying him for about $3,500. But under Ohio law, Hickey can’t simply write the city a check and take the dog home.

The law says that Ajax has to be auctioned to the highest bidder, since he’s just 5 years old and has a “useful life” ahead of him, probably another five years. If the roles were reversed and Ajax was retiring, Hickey could get him for $1.

The city has a second canine officer so they don’t need Ajax, per se. But as the city Mayor Joe Matthews told Fox 8 in Cleveland, his hands are tied. He said he wants Hickey to be able to buy the dog, and that the city’s law director is currently attempting to figure out a solution.

Meanwhile, a Change. org petition received nearly 12,000 signatures a day after it was posted. As of this writing, it had received more than 27,500.

In addition, a GoFundMe account was being set up to help Hickey bid on Ajax. In a single day the account raised $21,783 – far more than the $3,500 goal. As of this writing the fund had risen to $72,535, an astronomical sum given the fact that the fund also states any unused portion will be donated to fund the purchase of K-9 bullet-resistant vests.