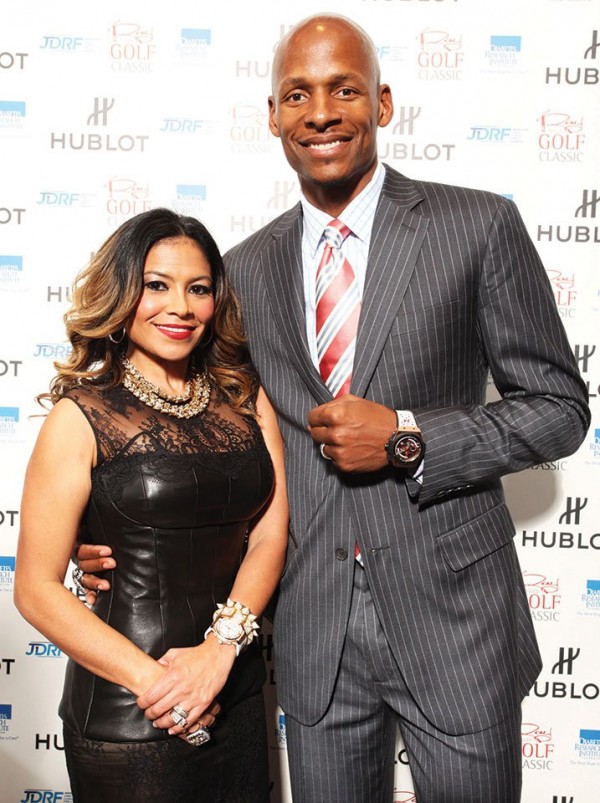 Often in life key events lead people down certain paths, and that is no different for NBA legend and former Miami Heat star Ray Allen and his wife, Shannon.

For the Allen’s, it was a medical condition with their son that drove them to design, develop and launch Grown, a fast-food-type, drive-through restaurant featuring only organic fare that will open in March.

As reported by the Miami Herald, the concept behind Grown was spurred by the couple’s son, Walker, 9, and his struggles with Type 1 diabetes. Daily Walker has trouble managing a busy lifestyle while still getting the nutrient-rich foods that he needs; that inspired his mother to come up with her own solution.

“I had an aha moment where I realized I couldn’t sit around helpless waiting for someone else to create a fast-food option that met our family’s dietary needs, and as we did our research it became obvious that this wasn’t a struggle unique to us, families everywhere are looking for convenience without compromise,” she told the paper.

Shannon, who happens to also be the creator and executive producer of a cooking show, The Pre-Game Meal, broadcast on Comcast SportsNet, joined forces with a team of nutritional experts to develop and conceptualize the restaurant.

Even the menus are eco-friendly

The Herald reported that she created the menu with lots of input from executive chef Todd Kiley of Rainforest Café notoriety. Grown will be including food that is locally sourced and organic. The restaurant will serve breakfast, lunch and dinner items priced between $4 and $18.

And move over McDonald’s and Burger King: Grown will have drive-through, carry-out and quick grab-and-go options.

“People want to be healthier, eat cleaner and feel better about what they’re putting in their bodies,” said Ray Allen, who is currently a free agent. “I know this from personal experience, and when Grown opens it will very much be a concept unlike anything else, designed to be accessible by everyone, from the weekend warrior to the soccer mom and anyone in between.”

In addition, the Allens are ensuring that every square inch of the restaurant will be friendly to the environment.

The space, totaling 1,900 square feet, will include a garden on the roof, where local farmers will grow veggies, greens and herbs for use in the Grown kitchen. In addition, the façade of the restaurant will be made with 100 percent reclaimed barn wood. Finally, an interactive iPad bar will provide kids with nutritional- and fitness-themed entertainment.

Even the menus and the kids meal packaging will be eco-friendly.

She added: “We are almost #grown!”

The Allens appear to be fully aware of the organic food revolution, which keeps gaining ground, so to speak, and popularity every year, especially in the U.S. where Americans are increasingly becoming health-conscious. For instance, the Organic Consumers Association reported that in 2014, organic food sales rose to $39 billion, after rising each of several years prior.

“2014 was another record year for the US organic industry, as it grew 11.3% with sales of $39.1 billion, according to Organic Trade Association’s (OTA) 2015 Organic Industry Survey,” the group reported.

In 1997, when the organization began its tracking, organic food sales were about $3.4 billion annually, or just 1 percent of all U.S. food sales.

If you are interest in the food which you put into your body, visit foodforensics.com for information on food safety.