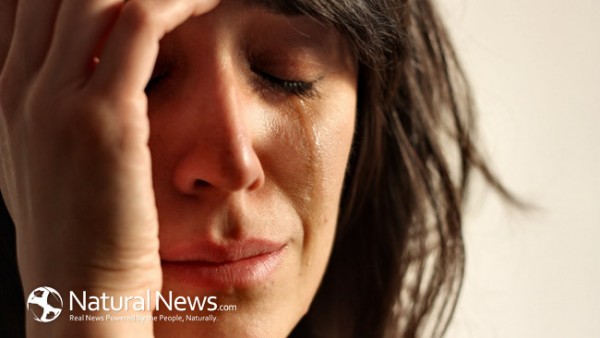 Telling a depressed person to suck it up, is about as effective as telling a patient on dialysis to grow an extra pair of kidneys. In an effort to help boost self-confidence among depressed people, researchers have developed a virtual reality therapy that encourages patients to be less harsh on themselves, which could help thwart future depressive episodes.

The recent study was published in the British Journal of Psychiatry Open and funded by the Medical Research Council.

Researchers from University College London, which worked alongside the ICREA-University of Barcelona, have conjectured for years that virtual therapy may be able to help treat mental health problems.

The researchers tried the therapy on 15 patients with depression, aged 23 to 61 years. Ten were men and five were women. Ten of the patients were taking anti-depressants during the study; seven were receiving psychological therapy, while seven others were awaiting such therapy; and one had finished one course of therapy.

The treatment consisted of a technique referred to as “embodiment,” where patients wear a virtual reality headset that allows them to see the world from the perspective of a virtual body, otherwise know as an avatar. Participants were asked to mentally identify with the avatar, which was an exact replica of each patient’s body.

They then noticed a different avatar of a small child that was crying. They were asked to interact kindly with the child in an effort to comfort and console them. Patients asked the child to remember a time when it was happy and think of someone who loved them.

At this point in the experiment, the roles were switched. The scientists changed the headset so that the patient was embodied as the small avatar child, which mimicked the patient’s body movements. The patients then heard the exact phrases they said to the child, said back to them, in their own voice, by the adult avatar.

Other patients claimed to have more self-compassion. Reports of the therapy overall were positive. Repeated sessions seemed to heighten the experience. However, some of the test subjects reported no changes.

According to lead author of the study, Prof. Chris Brewin, “People who struggle with anxiety and depression can be excessively self-critical when things go wrong in their lives. In this study, by comforting the child and then hearing their own words back, patients are indirectly giving themselves compassion. The aim was to teach patients to be more compassionate towards themselves and less self-critical, and we saw promising results.”

Co-author, Prof. Mel Slater added, “We now hope to develop the technique further to conduct a larger controlled trial, so that we can confidently determine any clinical benefit.”

Low budget virtual reality systems for domestic purposes have become more prevalent in the past few years. Slater is optimistic that virtual therapy may be a viable treatment option that can be done at home.

The results of the study are promising, but the researchers note that the population was too small to deduce anything conclusive at a general level. The researchers encourage future studies with larger patient populations to verify the benefits of virtual therapy.