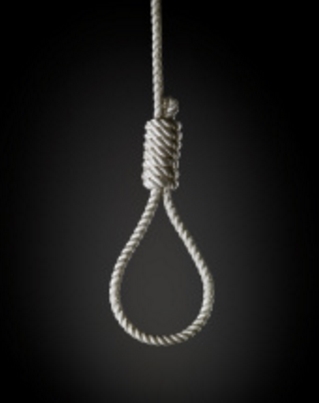 Around 100 prisoners in Iran have been informed that they need to prepare to be executed for drug related crimes, including marijuana offences.

Iran routinely slaughters narcotics offenders. More than 1 800 people were executed between 2010 and 2014, including foreign nationals over drug-related charges, most of them without access to proper legal representation. Many of these hangings are based on unfair trials and forced confessions. The main victims appear to be innocent scapegoats or vulnerable people, desperate for money, who have been used as drug mules. Iran has a policy of carrying out mass hangings, and the international outcry has done nothing to stem the executions, in fact, they seem to be on the increase.

Ghezel Hessar prison, located on the outskirts of Tehran, is one of Iran’s largest and most notorious correctional facilities. Mahmood Moghaddam, director of the Norway-based Iran Human Rights group, maintains that those who are informed of the decision to proceed with executions are located in an area in the prison that is devoted to drug offenders. Moghaddam, revealed on 11 March 2016, that sources inside and outside Ghezel Hessar prison, including a prosecutor attached to Iran’s Islamic Revolutionary Court, confirmed that the inmates were told that the country’s Supreme Court had upheld their sentences, and that they should prepare to be put to death.

Last May, dozens of prisoners sentenced to death gathered in a prison yard at Ghezel Hessar and peacefully petitioned the state to commute their punishment to life in prison. According to Moghaddam, right after that gathering, the head of the prison said, ‘We will execute all of you. After that they started the killings and every few days they executed groups of 11 to 17 people.”

What are the laws in Iran regarding cannabis?

The laws are confusing, to say the least. Cannabis is allowed to be cultivated and indeed, with a history of cannabis use that goes back thousands of years, a large percentage of the population continues to use cannabis in the traditional manner, for livestock feed and hemp seeds. However, the present regime has been clamping down on drug trafficking because of the increase in heroin and opium addiction rates.

When it comes to cannabis laws, possession and marijuana cultivation in small quantities is almost completely decriminalised, but dealing and trafficking is harshly punished.

Dealing and trafficking in amounts larger than five kilograms is punishable by death. Quantities of fifty grams or even less is punishable by up to fifty lashes. Cultivating cannabis for the purpose of producing drugs is banned. For a first offence, one can expect a fine, second offence fines plus 30 – 70 lashes, a third offence will earn one fine, lashes and a 2 – 5 year prison term and a fourth offence will incur the death penalty.