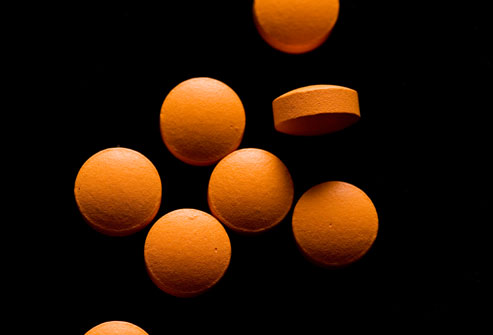 Federal health officials strengthened drug label warnings for addictive painkillers on Tuesday and called for more addiction treatment, citing continuing overdoses and a drug abuse epidemic that is “blurring” into a heroin epidemic.

“It is just staggering and heartbreaking to see the toll that abuse is taking,” said Dr. Tom Frieden, director of the U.S. Centers for Disease Control and Prevention, on a telephone briefing for reporters. “The epidemic is affecting all of society.”

President Obama will speak at a drug abuse summit in Atlanta next week, the federal officials announced, adding to bipartisan calls from the National Governors Association to call attention to the U.S. opioid crisis.

About 40 Americans a day die of opioid painkiller overdoses. More than 200 million U.S. prescriptions are written for the medications every year, with their use quadrupling since 1999. Some 1.9 million Americans are now addicted or dependent on the painkillers. And from 1999 to 2014, about 165,000 people died of overdoses, often when they are taken along with tranquilizers such as Valium and Xanax.

The new U.S. Food and Drug Administration labels for immediate-release versions opioid painkillers, oxycodone, hydrocodone, morphine, and related drugs, warn of the danger of “abuse, addiction, overdose and death,” from their use. Immediate use drugs are meant to be taken every four to six hours.

“We know that there is persistent abuse, addiction, overdose mortality and risk,” of newborn withdrawal syndrome associated with the painkillers, said Douglas Throckmorton, the FDA Deputy Center Director for Regulatory Programs in a statement on the new labels.

Michael Botticelli, director of National Drug Control Policy at the White House, called for Congress to support an Obama administration request for $1.1 billion to support treatment programs, disposal of unneeded painkillers and providing naloxone — a drug that reverses overdoses — to more communities.

The Centers for Disease Control and Prevention last week unveiled opioid painkiller guidelines for primary care doctors, saying they should only be prescribed, “when benefits for pain and function are expected to outweigh risks.”

The new guidelines were applauded by Gary Mendell, founder and CEO of Shatterproof, a non-profit organization that supports addiction treatment, calling it “an important first step to ending this terrible epidemic.”

However, Bob Twillman, of the American Academy of Pain Management warned that the new guideline may discourage doctors from treating patients whose pain or ability to work is appropriately treated with opioid painkillers. He worried that suggested low dosage or three to seven day limits in the guidelines would straitjacket prescriptions.

“There is a fine balance in assuring pain medication to people who truly need it,” Frieden said, while curbing painkiller abuse and overdoses.

Botticelli noted that an increase in heroin overdoses has accompanied efforts to tighten access to painkillers, often among addicts who were initially prescribed opioid painkillers. “We have a long way to go,” he said, noting that overdose death rates have remained at record levels since 2013.