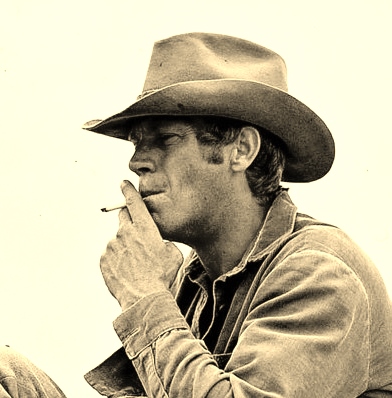 Before the 1960s, none of the Big Tobacco manufacturers knew that they could cook tobacco with ammonia and the nicotine would be thirty-five times as potent. Sure, cigarettes before that still caused cancer, especially the tobacco coated with insecticides and herbicide, but if you wanted to quit smoking, say, in the 1940s or 1950s, you just quit. It was as simple as that. It was more of a social thing to smoke, so if you weren’t “in it for that,” it was just exit, stage left. For the past fifty years or so, though, quitting smoking is a TOTAL NIGHTMARE for most people, and 95% of people who attempt to quit without some kind of help–fail in the first six months, and once they smoke ONE single cigarette, within a couple days or weeks–it’s right back to a pack a day or more.

So the cowboys on the silver screen look cool smoking. So what. Arnold Schwarzenegger looks cool in movies shooting people with a machine gun, but we don’t all go out and do it, now do we? Ya, and those doctors looked real cool in the 1930s, 40s and 50s advertising their “favorite” brand, (Camels), and talking about “roasty, toasty flavor (Marlboro), endorsing cigarettes via the AMA in the Journal of the American Medical Association, who hid the FACT from the American public that smoking was linked to LUNG CANCER as proven with scientific-backed studies and multiple research experiments–Oh they knew alright! Those lying MDs. They’re all STILL at it, lying and lying, writing prescriptions for pharmaceuticals to cover up symptoms of deeper rooted diseases and disorders caused by eating chemicals and lacking vitamins and minerals. Do you smoke to look cool like doctors whose nurses light their cigarette in their office for them? What’s your favorite brand? Is it strong enough? Can you quit it, before the “lung cancer vultures” come for ya? 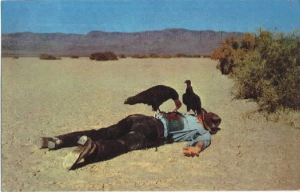 Nearly every commercial brand of cigarettes TODAY has freebased the tobacco with ammonia to make the nicotine super-addictive, that’s why people since the 1960s can’t quit when they want to, even when they “give it their all.” It’s almost like a drug addict who has to have that fix and will do almost anything to get it.

You know, four of the “Marlboro Man” actors all died of lung cancer. One of them started smoking at age 14. That’s really sad. “Come to where the flavor is …” Really? How about, “Come to where the lung cancer is.” For decades and decades, the “Marlboro Man” was an American iconic image for toughness. Those tough guys that always have a cigarette in their mouth. Cancer eats ’em alive, right down to the bone. Some people go from weighing 200 pounds to about 80 pounds before they suffocate to death from lung cancer. It’s a horrible way to go. Still, America loved those 20th century ad campaigns, that really kicked into gear in the 1950s, at least 20 years after scientists figured out the smoking–lung cancer connection. Yep, that’s America for ya’ – buy just about anything you see on TV and it slowly poisons you to death, that including the prescription psyche, depression, anxiety and pain meds sold to the unknowing public with tons of insane side effects as they tell you to “ask your doctor if (killmydumbassslowly) is right for you!”

Today, reality paints a much darker image for smokers. They’re outcasts. Rebels without a clue. Lost vagabonds of the world. Dingy. Stinky. Weak. Kids HATE smokers. Period. Ask them. Kids get diseases from smokers. Second hand smoke, in fact, and according to scientific research, is just as bad, if not worse, than actually smoking the ammonia-laced cancer stick yourself. Cigarettes don’t just have “a hold” on people, they simply CAN NOT STOP.

Do you know what the ten hardest drugs are to quit, in order? This is just a survey, of course, because depending on many factors, like your social history, genetics, and how much money you have to waste, it’s a different story for everyone, but one thing is for sure, some drugs actually TRAIN YOUR BRAIN to crave them. See how high up on the list yours is (or are):

Nobody ever said quitting is easy, but nobody has proven it to be impossible either. In fact, with the right method that incorporates not only knowledge about the chemicals that are affecting you, but excellent behavior modifications (mental and physical), and some sound nutritional advice from the best experts in the world, you could be well on your way after just a one-hour-course to quitting the third most addictive drug on the planet, and reclaiming your “organic” self you once knew! Do it.

Free Preview of Best Stop Smoking Program in the World (and it’s natural):