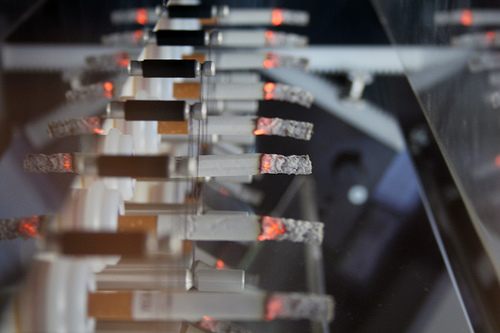 Get mad! You got ponzi’d into cigarettes. Face it. You “fell” for it. It was some kind of investment in looking cool, or feeling cool, or not feeling depressed, or not feeling stressed–any way you slice it, you got scammed, and now they’ve labeled you an “addict.” Shame on them. A ponzi scheme, in case you don’t know, is where you invest a little bit (or a lot) of your money in a promise of “return” on investment, usually better payback odds than anyone else is offering. All the huckster does is give about a fourth of the investor’s money back soon after the initial investment is secured (stolen), and tells the schmuck that it’s pure profit and there’s MORE TO COME! Then, later on, just to keep the victim on the hook and not raising cane, the huckster gives them another reward, maybe half the size of the first one, or even less. This is still called “pure profit,” but everything seems to have “slowed down” in the market, so “be patient.” After that, it’s just small deliveries of bad news, after bad news, after bad news, then the investor disappears, or is in the cell next to Bernie Madoff.

So cigarettes are exactly the same scenario. Yep, cigarettes are a ponzi scheme. Here’s how goes down. You invest in relief from stress by purchasing cigarettes and smoking them. They give you back a drug that’s been legally purchased over-the-counter for a century. The “return” on investment is that instead of being stressed out, anxious, or depressed about life, after smoking a cigarette, you feel different, at least for a few minutes; however, that “return” diminishes over time, and eventually, doesn’t even show up. You build up a TOLERANCE for nicotine, just like you would alcohol or any other drug, and you need more of it or a stronger dose, or both, just to feel anything close to the way you felt when you first started the addiction. The ponzi scheme, in other words, “breaks you” and your wallet at the same time. You end up broke. Your health is shot. Your wallet hurts and hurts bad. Instead of wealth later in life you file multiple bankruptcies to avoid the medical bill collectors and probably the IRS, since Obamacare made it illegal not to buy socialistic medicine that’s chemical based and makes things worse. That’s the ponzi scheme, and it’s WELL MARKETED AND PLANNED OUT, and Big Tobacco and the US government perpetuate it for 45 MILLION AMERICANS daily, always marketing for more “clients for life.” The Big Tobacco hucksters and now biotechnology is creating GMO tobacco. THIS is the root of the addiction–where the PONZI SCHEME begins … 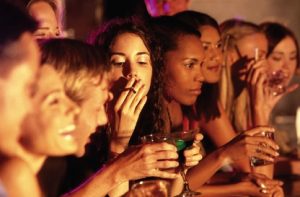 You see, most smokers believe that nicotine is the root of their addiction, but there are actually 4,000-plus other chemicals in cigarettes creating anxiety and driving them to crave relief, which the nicotine brings, but only for about 15 to 20 minutes. The massive amount of toxic chemicals in cigarettes wreaks havoc on the central nervous system, fueling a different kind of addiction – a body and mind which yearns for relaxation and confidence. When someone learns there are 4,000 chemicals in one cigarette, they immediately move to disregard or discredit the statement, not able to fathom how or why so many chemicals could be used to create what looks like simple tobacco rolled into paper. The majority of those chemicals come from pesticide, and some of that pesticide is actually growing inside the tobacco plant, before it is ever sprayed. Monsanto is a chemical company that figured out how to gene-splice weed killer with tobacco seeds, creating a plant that is immune to pesticide, particularly Roundup. Other chemicals like ammonia and bleach contribute to the vicious cycle smokers find themselves trapped in for years. In order to quit smoking and never go back, one must address two major aspects, especially during the first six months. First, the body has been poisoned by hundreds of chemicals on a daily basis for years, so one must detoxify in order to regain balance of the central nervous system and combat anxiety. 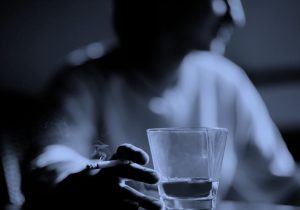 Secondly, an ex-smoker must understand what the body needs in order feel relaxed daily and deal with stress, without the nicotine. The person must replenish and boost their body’s natural chemistry, which performed the same or similar motivational functions at proper levels before pesticides and nicotine crippled their system. Nicotine stimulates the release of many chemical messengers called neurotransmitters, unnaturally increasing levels of dopamine in the reward circuits of the brain (Mesolimbic pathway). This in turn creates short term feelings of euphoria and relaxation; however, when smokers quit and do nothing to replenish these functions, they often battle depression, sleeplessness, anxiety, and negative emotions that drive them back to smoking cigarettes within 6 months. Consider for a moment a borderline diabetic’s blood sugar levels, which are very high and near the point where the body could stop producing insulin. Similarly, due to the artificial stimulation nicotine is providing, a smoker’s neurotransmission system slows down and can actually stop producing dopamine, adrenalin, epinephrine and serotonin, which are the natural ways that the body helps with motivation, stress, anxiety, relaxation, and also critical “fight or flight” reactions.

The pills, the patch, nicotine gum and electronic cigarettes do not help the smoker overcome central nervous system impairments, nor do they properly replace and replenish the body’s ability to recover from the “artificial” stimulant. In fact, some people believe that most cessation programs are scams marketed by the cigarette manufacturers to purposely fail and send the ex-smokers back to square one. There is hope. 14AndOut is a comprehensive, holistic smoking cessation program which addresses all major aspects of quitting. In order to quit cigarettes for good, consider this 60 minute downloadable video from the author/teacher who thoroughly covers chemicals in cigarettes, behavior modification and nutrition. 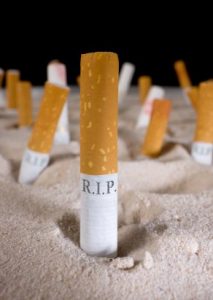