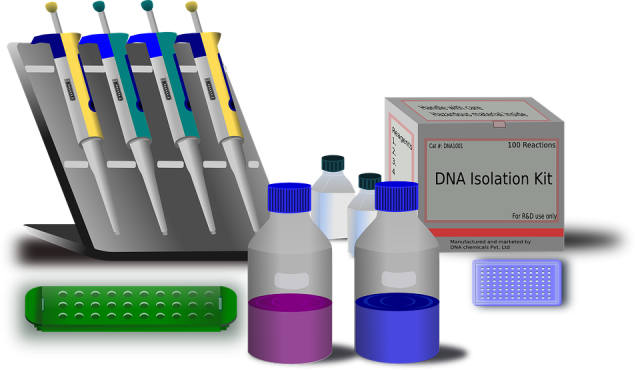 Kamalkant Shah, a lab technician who worked at a New Jersey State Police drug testing unit between 2005 and 2015, was caught fabricating test results late last year, calling into question the verdict of nearly 8,000 criminal cases that he had previously worked on.

The integrity of Shah’s work was called into question in December when he spent an insufficient amount of time analyzing a marijuana sample and recording the results. To make up data in a scientific experiment is known as dry labbing, and is severely looked down upon in forensic labs.

Although Shah has not yet faced criminal charges, he could be indicted for just one case of malpractice. He was removed from lab work without pay in January and retired in February. The recent incident was the only time he was caught fudging test results during his 10 years at the lab.

Undermining the ethical integrity of other New Jersey forensic scientists

In 2005, when Shah first started working at the North Regional Lab Drug Unit in Little Falls, he was enjoying a yearly salary of $101,039. Shah’s Facebook profile says he had been a state employee for decades. The scandal undermines the ethical integrity of other forensic scientists throughout the state. His linked in profile reads:

I worked as a Forensic Scientist for 27 years. My experience include: performing Scientific analysis of physical evidence along with presenting analytical results. I utilized and mastered many different techniques in analyzing substances. I have primarily worked with controlled substances, prescription medicines, as well as body fluid from horses. Also in my work experience, I have had the opportunity to bring evidence during trials. I have also provided expert testimonies of analysis results in court trials as well as pre-trial conferences.

The New Jersey Attorney General’s Office has identified all 7,827 cases that Shah worked on during his decade lone career. Officials will be alerting defense attorneys to determine their next course of action.

Passaic County Deputy Public Defender Judy Fallon issued a letter to public defenders in February, noting the uncertainty that Shah’s misconduct will have on resolved criminal cases in New Jersey. Some of these cases may have had drug specimens that have since been destroyed. “The Prosecutor’s Office has not formulated a policy or protocol yet to deal with these cases,” Fallon wrote.

One false test questions thousands of other cases

U.S. criminal defense attorney Josh Lee argued that Shah’s behavior calls into question every single test that he ever conducted. Without more evidence, he said officials would have to overturn convictions that were based on those results.

“This is a sample that we know passed through the hands of somebody who we know for a fact was dry-labbing – that is the ultimate scientific dishonesty,” he told Chemistry World. “In the absence of additional evidence, he says there is no other choice but to overturn any convictions that were based on Shah’s work. However, he suggests that retesting could be appropriate in cases where a police department kept some of the suspected drug sample in the evidence locker after forwarding a portion to Shah for analysis.”

Lee added that the recent scandal is just one of many cases of U.S. forensics fraud that will likely come to surface. Their have been numerous instances of misconduct at forensic crime labs in recent memory. These scandals have led to the arrest of  chemists working in the lab, and could spur thousands of retrials.

The Innocence Project, a non-profit group devoted to exonerating wrongly sentenced prisoners, is calling for an independent review of Shah’s case, according to Chemistry World. The organization hopes to decipher the root cause of the problem and how to stop future cases of malpractice from occurring.