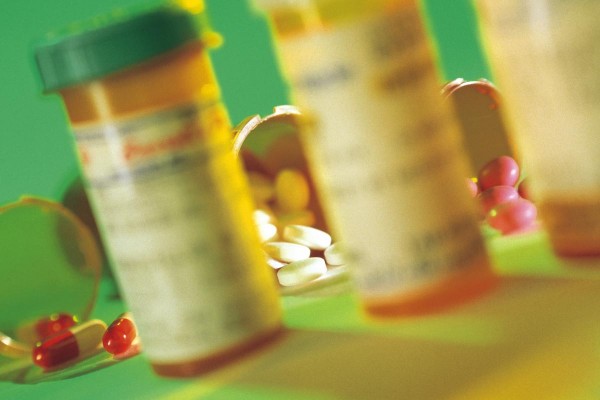 Developed countries have bureaucracies that track just about everything, especially when it comes to human health. Our own federal government knows just about as much or more than our family physicians and other primary care providers. The government (and corporations) know what goods we buy, where we shop, how often we go to certain places, and where we drive – all as part of keeping a comprehensive health profile on every citizen, though this was never really voted on or authorized by the people.

What the federal government seems far less interested in, however, is how often modern medicine kills those it is supposed to be healing, and that is especially true of Big Pharma, one of the planet’s most notorious and prolific killers.

As noted by Catherine J. Frompovich at The Event Chronicle, that has changed – though it wasn’t due to some federal action. Introducing the Pharma Death Clock which, like the U.S. debt clock and the world population clock, tracks in real time.

Specifically, according to the site, the Pharma Death Clock tracks “[t]otal deaths in the United States since January 1, 2000…Big Pharma’s chemical warfare on humanity dwarfs the number of victims killed by all world wars and acts of terrorism combined… While drug companies profit billions, people are dying by the millions.”

Notes Frompovich: “How much reality has to sink into human consciousness about the actuality of Big Pharma’s ‘medico-economics’ harms—all done in the name of allopathic medicine championed by its super-duper trade unions like the American Medical Association? And, don’t forget their trade journals, too!”

Some stats from the Pharma Death Clock site are included on the graphic below, from The Event Chronicle:

What is not included on that list are all the HRSA vaccine damage claims that have been paid by the federal government and others to victims harmed by vaccines or the families in the case of death, Frompovich notes.

Below is another graphic from The Event Chronicle that provides information about the number of court cases where Big Pharma victims have been awarded monetary damages, as well as attorney’s fees and other costs:

Frompovich says that the data sets represent “Big Pharma’s ticking time bomb, which the U.S. Congress and healthcare consumers ought to be waking up to very soon.”

She adds: “How really sick do we have to be made by Big Pharma products?”

As reported by Slate, the federal government, via the Food and Drug Administration – Big Pharma’s primary regulatory agency – is known to hide evidence of medical fraud in trials.

An examination of the FDA’s inspection files turned up “a seemingly endless stream of lurid vignettes – each of which catches a medical researcher in an unguarded moment, succumbing to the temptation to do things he knows he really shouldn’t be doing.”

They include instances of forged X-ray reports, faked retinal scans, phony lab tests and limbs that were secretly amputated, Slate reported. And “all done in the name of science when researchers thought nobody was watching,” the site noted.

It’s not so much that there is misconduct; that’s to be expected. But what was shocking is that the FDA does not notify the public or industry.

When the FDA finds scientific fraud or misconduct, the agency doesn’t notify the public, the medical establishment, or even the scientific community that the results of a medical experiment are not to be trusted. On the contrary. For more than a decade, the FDA has shown a pattern of burying the details of misconduct. As a result, nobody ever finds out which data is bogus, which experiments are tainted, and which drugs might be on the market under false pretenses. The FDA has repeatedly hidden evidence of scientific fraud not just from the public, but also from its most trusted scientific advisers, even as they were deciding whether or not a new drug should be allowed on the market.

You can read the entire Slate report here.