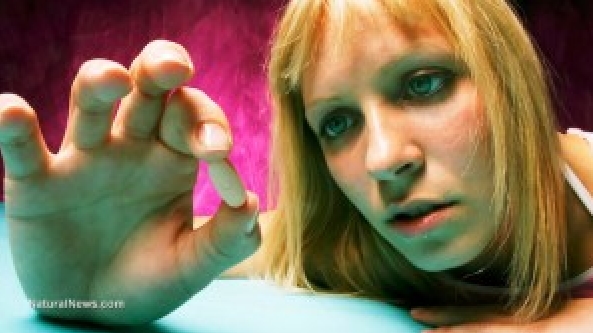 Pharmaceutical companies have been trying to manufacture synthetic versions of cannabis for years. Recently, a Portuguese company named Bial produced a drug designed to treat anxiety and pain by blocking process by which the human body breaks down naturally-occurring cannabinoid compounds in the body. Biotrial, a French research organization, conducted the trial of the drug at its facilities in Rennes, France. So far, this resulted in one death and the hospitalization of five other participants.

Instead of embracing natural, plant-based medicine that can help a variety of conditions, pharmaceutical companies seem to be hell-bent on creating fake, synthetic versions of cannabis. Why would they do this when cannabis is non-toxic and effective? Why are research funds not poured into testing dosages and the effects of medical marijuana?

The answer is money, of course. Unable to make the massive profits they would like to from natural medicines, these companies resort to attempting to imitate nature by conjuring up drugs that are not nearly as effective and are actually dangerous to humans.

The University Hospital of Rennes, France, released a statement recently confirming that one person had died and 5 others were seriously ill following a drug trial which was aimed at treating anxiety and motor disorders associated with Parkinson’s disease and also chronic pain in cancer sufferers. The drug was designed to block necessary processes in the human Endocannabinoid Signaling (ECS) system and had previously been tested on animals.

Volunteers ranged between 18 to 55 years old and were paid a little over $2000 each to participate. Out of the 128 volunteers recruited, 90 received varying doses of the drug, the remainder received a placebo. The six participants who started experiencing severe adverse reactions had received higher doses of the drug over the course of several days. These participants were soon hospitalized. One died after being declared brain dead, the other five survived, but with concerns that four of them may experience permanent disability due to neurological damage.

According to Cannabis Digest “This new synthetic drug was supposed to inhibit the enzymes responsible for the natural destruction or metabolic degradation of cannabinoids in our body after they are no longer needed. Blocking these enzymes prevents the body’s natural ability to remove cannabinoids and causes their levels to increase. Theoretically, this enzyme blocker should help increase Endocannabinoid levels and relieve pain”.

There is no doubt that there are known, safe substances that could produce the exact desired effects of this deadly drug that was tried out on unsuspecting humans – natural cannabis and well-made cannabis extracts. With the rare exception of those with cannabis allergies, naturally-derived cannabinoids are known to be well-tolerated with few negative side effects.

Interestingly, despite constantly negating the medicinal value of cannabis and refusing to decriminalize marijunana, the US department of Health and Human Services owns a patent on cannabis as a medicine – how is that for hypocrisy! A patent owned by the US government on the very medicine they claim has NO medicinal use?

Moving forward, hopefully the future of cannabis medicine means it will no longer continue being suppressed, especially with more and more realising its amazing medicinal potential.