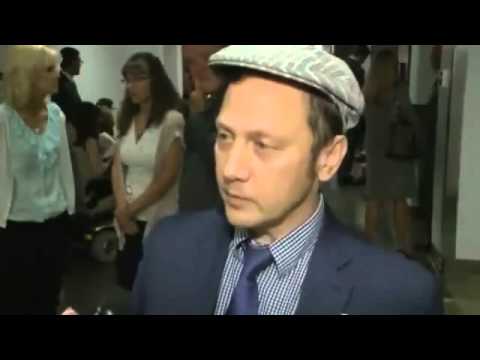 The media went on a frenzy after Centers for Disease Control and Prevention (CDC) scientist William Thompson admitted to committing scientific fraud, over the last 10 years with other CDC scientists. They retroactively altered study data to hide the proven fact that MMR vaccines cause autism in African American children.

Now, actor Rob Schneider, famous for his many comedic roles in popular movies, has urged the political leadership of California to investigate the fraud. More importantly, he also says he has a copy of “the original CDC report that was later suppressed and fraudulently changed.”His full letter, posted on the Canary Party website, is as follows:

This is Rob Schneider. I want to first thank you for calling me several years ago when Governor Brown signed into law AB2109, the requirement for all parents of school children to have to “be counseled” to get a Doctor’s note in order to obtain a vaccine exemption to attend public school in California.

As you may or may or not know this has caused hardships all over the state as Doctors have refused to meet with parents who want the exemption form signed and families who have been threatened with or have been kicked out of medical practices for not going along with the exact Vaccine schedule, currently 49 shots of over 16 different Vaccines before the age of Six Years old. This in spite of a family’s objections whose child may have had another sibling that had a bad reaction to a particular Vaccine.

This policy of one size fits all Vaccine schedule for every child is as absurd as giving the same eye prescription glasses to every child. The fact is EVERY CHILD IS DIFFERENT and there is currently NO SYSTEM or thought to which child could be more susceptible to adverse reactions including permanent injury and death from any Vaccine or Vaccine ingredients.

Since I have opposed this undemocratic and onerous legislation (and Law) from its inception, I have kept up on how it has affected families in California. Now there is more reason than ever to be concerned, even outraged, by the CDC and by AB 2109.

A top Scientist and Researcher for the Centers for Disease Control (CDC), Dr. William Thompson PHD, who did the major research safety study for the Measles Mumps and Rubella Vaccine (MMR) has come forward as a whistleblower and admitted that the MMR study was in fact fraudulent. (I have attached a link of the news story from CNN for your convenience).

As a concerned citizen of the State of California, I feel compelled to share with you proof the CDC committed fraud (I have copies of the original CDC report that was later suppressed and fraudulently changed). One disturbing disclosure, AFRICAN AMERICAN CHILDREN were and still are THREE HUNDRED AND FIFTY PERCENT more likely to develop Autism under the current Vaccine MMR schedule. This according to the original CDC study in 2001.

Lastly, how many MORE children will be needlessly injured because of the bill Governor Brown signed?

Before I pay for advertisements in News outlets, Sacramento Bee, etc, I would like to hear what Governor Brown has to say in light of this new information.

This letter is being sent to my Representative in Congress, Congressman Sherman and to my friend Congressman Posey of Florida and to both our State Senators as well as to other media outlets.

I await your call or email and Governor Brown’s prompt response.

The children of California deserve nothing less.

Indeed, Schneider’s involvement in this issue just proves that the widespread medical fraud committed by the very individuals we often entrust our lives to, transcends all races, genders, occupations and nationalities. Everyone is a victim here, and as ordinary citizens, we shouldn’t sit idly by as the Big Pharma-government partnership continues its reign of terror.