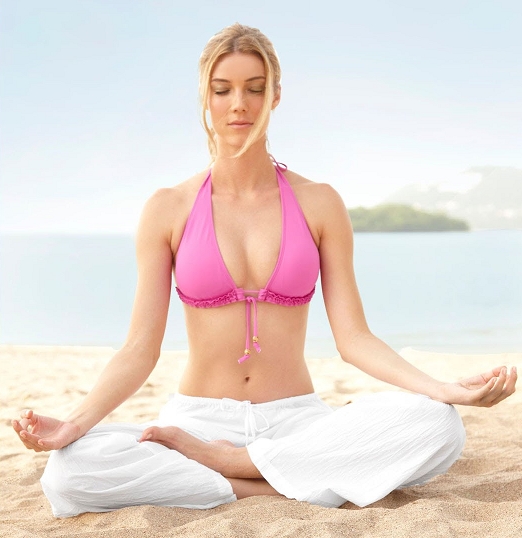 Binge eating is said to have its origins in psychological disturbances. Binge eaters seek comfort in food when all else seems hopeless. Yoga could offer tremendous therapeutic comfort for sufferers of this disorder. The connection lies in the fact that yoga could help heal the mind by directing awareness towards the body. Therefore, the behavioural patterns associated with an unhealthy psychological state of being could get minimized to a great extent.

So how does one know if one is a victim of binge eating disorder? Doctors are still undecided about the symptoms that exactly define this condition. However, there are some overriding factors which could be symptomatic of binge eating. Some of these are:

Eating too fast and until one is too full

Eating excessively even when not necessarily hungry

Tendency to eat alone due to embarrassment over eating too much

Self-loathing, guilt and depression afterwards, for having eaten too much

Binge eating is also common in Bulimia Nervosa, an eating disorder characterised by episodes of binge eating and subsequent purging. The purging is forcefully done through induced vomiting or an intake of larger-than-acceptable amounts of laxative. In binge eating however, episodes of over-eating are followed by feelings of guilt and shame. This further reinforces the sense of hopelessness.

According to research conducted at the University of The Rockies, binge eaters were encouraged to take part in a 10-week yoga therapy program. These participants saw a dramatic drop in their binge-eating episodes towards the end of the program. Every week, the program included an hour of yoga and group discussion afterwards that lasted half an hour.

The rationale behind this phenomenon is the fact that yoga offers a way to reconnect the mind with the body. According to researchers, binge eating is characterized by the inability to face one’s negative emotions. Food offers comfort where nothing else will and so eating works as a cathartic mechanism.

According to psychologists, binge eaters’ relationship with food works as a substitute for real bonds with people and emotions in their day to day existence. They hide behind food when they are faced with situations, emotions or feelings they would rather not confront. Yoga makes them rise up to the moment and face their perceived challenges in life and relationships. Yoga does that by bringing their awareness to the present. The idea is to help people forge a new and positive relationship with the body. This raises self-esteem and creates the need to stop abusing one’s own body.

A good physical fitness program is known to restore self-confidence and a sense of well-being previously absent. When the body feels healthy and good, the mind tends to follow suit. Yoga in particular has the techniques to improve one’s state of mind and this is evident right from the start.

Sun salutations provide the practitioner with a cardio workout, while static poses involving a bit of balancing makes one feel more grounded. Pranayama or breathing techniques have benefits that directly impact the body. Some of the known benefits include improved immune functioning, deep cleansing of the blood and digestive system and a fresh supply of oxygenated blood. Pranayama balances the endocrine system and rejuvenates from the inside out. Overall, these practices relax the mind and increase conscious awareness of the body, a key component in healing. One pranayama in particular, Bhastrika or the bellows breath can be practiced everyday. This practice increases vitality, reduces abdominal fat and keeps the digestive system in top shape, while increasing metabolic activity.

Deep relaxation and breathing with awareness enable sound sleep. Since rest is also an important aspect of recovery, the relaxation techniques of yoga profoundly aid in healing.

Evidently, yoga can be used as an effective part of restorative therapy. What is more, it promises to replace the body-mind disconnect with a healthy, wholesome attitude to the self and the world.