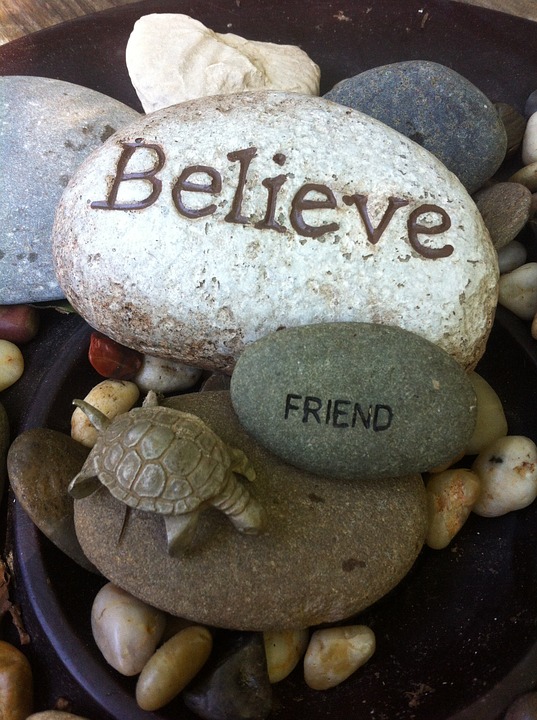 It is no more surprising that creative visualizations can make your dreams come true than it is that clouds can bring rain. Fact is, the mind can make our reality manifest and what we dream during alpha sleep is simply as real or not as the bed on which we sleep. Truly, the mind has so much power to make manifest our physical universe, we really ought to pay more attention to its powers.

Now imagine you could consciously induce alpha level activity in your brain. And imagine you could program and control your dreams so that you are dreaming consciously. Apparently, science has proof that what we visualize has a direct bearing on the health of the body. The mind-body link brought about by visualization is called video-motor effect. As your brain conjures up images of, say, a certain act, it produces impulses that stimulate the neurons to perform the act being imagined by conducting those impulses from brain to muscle. This implies that if you close your eyes and visualize yourself performing an act, your body’s actions are predetermined in such a way as if you already did it.

If this is true, then visualizations should be an invaluable aid in healing the body of terminal illnesses like cancer, for example.

Our state of mind has a direct effect on the state of our body. Our emotions affect the functioning of the endocrine system. The body pumps adrenaline during times of fear, anxiety or extreme stress, for instance. Thoughts are so linked to the body, that every one of them induces a chemical reaction in the body.

A closer analysis of the brain would suggest that the hypothalamus, otherwise also known as the emotional center of the brain, is where emotions get converted into physical response. The hypothalamus also manages the body’s appetite, blood sugar levels, body temperature, adrenal and pituitary functioning, heart, lung, digestive and circulatory systems. How are emotions transported between the mind and body? Through chemical messenger hormones called Neuropeptides. They connect awareness in the brain to the body through organs, hormones and cellular activity. These chemical representatives of emotions influence the entire immune system. It is now apparent that the body and mind do work in complete collaboration with each other.

The brain is the most efficient computer to ever be created. It is connected to every cell in the body and is divided into two sides, the left and the right brain. These two sides have very distinctive capabilities and functions. Logic and reasoning, for example is an activity of the left brain, while creativity, intuition and visualization are activities of the right brain. The right brain, therefore, has an important role in the mind-body field, and can help you achieve what you want, be it success at work or redemption from a terminal illness. In other words, the right side of the brain can automatically steer you to your goal.

It is therefore evident what impact positive thinking will have on the immune system. Since the mind has so much power over the body and indeed, the course of your life, it is essential to define your goal and intentions with utmost clarity. The more precise the intention (and the consequent visualization), the more precise the effect.

A powerful technique of visualization is briefly introduced here. This introduction is not meant to replace an instructor or a course. It is practiced in five phases. The technique is called yoga nidra and it can be summed up as “pychic sleep”, where alpha level brain activity is induced with awareness. It is not a self-hypnosis technique.

The first phase involves deep relaxation of the body by becoming aware of it part by part.

The second phase involves awareness of the mind. The mind to most of us is an abstraction. So how can we really become aware of it? By becoming aware of our breath. The breath is the metaphoric bridge between the known – the body and the unknown – the mind.

Having relaxed the mind to a significant extent, we go through a series of visualizations. These visualizations, though randomly selected, shake up deep rooted mental impressions which prevent us from actualizing our potential. This is the crux of the practice. It arouses the consciousness. It cleanses the mind.

During the visualization we make a mental image of a form of higher consciousness. It is different for different people – a candle flame or images from nature to some, Buddha or Christ to others. And in the presence of that form of higher consciousness, we repeat a Sankalpa, or a perfect and powerful thought representing our aspirations, which makes it possible for the latter to take root.

This practice brings great clarity to the mind, increases creativity, loosens pent up thoughts, feeling and emotions, gives physical calm and mental peace, and is very effective in dealing with various health problems, primarily those that are psychosomatic in nature.

The final stage of yoga nidra, therefore, involves gazing into this mind space full of creativity and problem solving ability (post visualization and sankalpa) . It is the time for introspection.