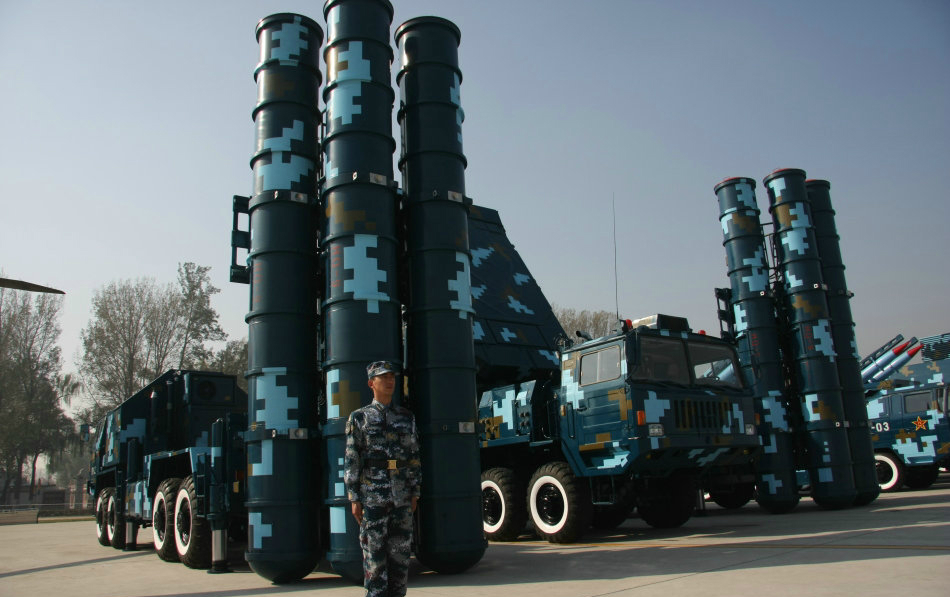 (NationalSecurity.news) The Chinese government has dispatched advanced surface-to-air missiles to one of the disputed islands in the South China Sea under its control, according to U.S. and Taiwanese officials, which will likely ratchet up tensions in the region as President Barack Obama has urged restraint.

Maj. Gen. David Lo, a Taiwan defense ministry spokesman, told Reuters this week that the SAM batteries were deployed to Woody island, which is part of the Paracels chain that has been under Chinese control for four decades but which are also claimed by Taiwan and Vietnam.

In addition, a U.S. defense official confirmed the “apparent deployment” of the missiles in a report by Fox News, which said its report is based off exclusive civilian satellite imagery the network obtained.

The deployment of the missiles comes at an embarrassing time for Obama, who met with leaders of the ASEAN [Association of South East Asian Nations] countries in California this week to discuss, not so ironically, security and freedom of navigation in the South China Sea. During the meeting, Obama said his goal was to adopt “tangible steps” to reduce tension in the area; the SAM deployment will do the opposite, experts said.

“The United States and ASEAN are reaffirming our strong commitment to a regional order where international rules and norms and the rights of all nations, large and small, are upheld,” said the president, as reported by Voice of America.

“This is a nightmare for President Obama,” Michael Pillsbury, senior director for Chinese strategy and former assistant under secretary of defense for policy planning in the Reagan administration, told Fox News. “It embarrasses him in the middle of a summit that he’s called with the leaders of Southeast Asia” where “the goal of the summit was to create a kind of unified response in the South China Sea and avoid militarization.”

Chinese officials downplayed the reports, saying that “certain Western media” should focus more on Beijing’s construction of lighthouses to improve the safety of shipping in the region.

“As for the limited and necessary self-defense facilities that China has built on islands and reefs we have people stationed on, this is consistent with the right to self-protection that China is entitled to under international law so there should be no question about it,” Wang Yi told reporters in Beijing.

Chinese defense ministry officials told Reuters in a statement that defense facilities on “relevant islands and reefs” have been there for a number of years and that recent reports about missile batteries were nothing but “hype.”

Fox News reported, however, that according to satellite imagery the beach where the missile batteries are located was empty on Feb. 3; the batteries were visible by Feb. 14.

U.S. defense officials say the batteries appear to be the HQ-9 air defense system, which is similar in function to Russia’s S-300 batteries. The Chinese missiles are said to have a range of about 125 miles, posing a threat to any military and civilian aircraft in that radius.