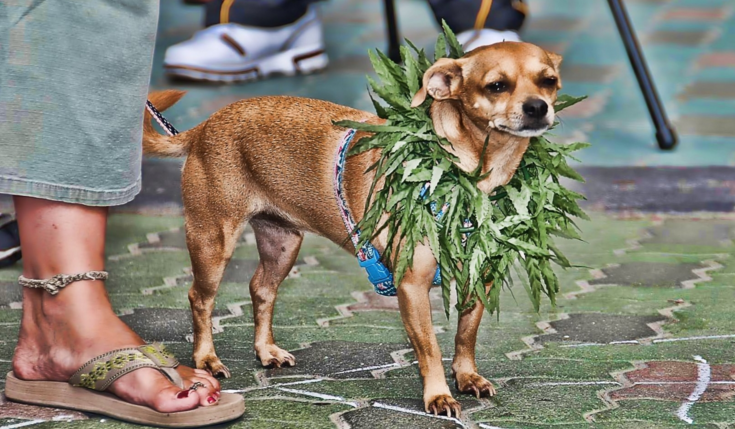 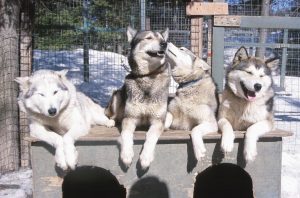 Cannabidiol is a non-psychoactive compound of the marijuana plant. CBD, as it is commonly known, does not produce a high and studies have been undertaken proving the potential therapeutic value of cannabis for pain relief related to cancer, for epileptic seizures and other medical conditions in humans. Administering cannabis to sick animals has done wonders for pain management and anxiety, according to some. But is it legal, and how does cannabis really affect your pet?

Dr. Douglas Kramer, a vet who administered cannabis to his own dog Nikita who was wasting away with cancer, found that her suffering eased and her appetite improved after ingesting small amounts of marijuana. He believes she enjoyed a far better quality of life during her final months of life than she had been while she had been taking pharmaceutical pain medication. Dr. Kramer, who passed away recently while only in his thirties, became a serious advocate for less-restrictive regulations on marijuana research and hoped that in time, new cannabinoid-based medications for animals would become the norm. He became the first vet in the country to offer cannabis consultations as part of a comprehensive treatment plan for sick pets.

To date, The American Veterinary Medical Association has not taken an official stance on administering cannabis to pets. In Nevada, the legislature was debating a bill that would allow vets to prescribe cannibidiol for pets, but this seems to have failed. As the law stands at the moment, even in states where medical marijuana is legal, veterinarians are not allowed to prescribe cannabis products to pets. Producers of hemp-based treats and capsules have to be careful in how they may advertise their products.

Can dogs get high on cannabis?

Since medical marijuana has been legalized in many states, it would appear that many pet-owners have been dosing their sick pets with cannabis. It turns out that pets can get high on cannabis and exposure in pets causes neurologic toxicity, which is not the same as the “high” that humans experience. Symptoms of marijuana toxicity in pets include anxiety, panting, lethargy, drooling, vomiting, trembling and they may stumble or stagger when attempting to walk.

Eric Barchas, is a San Francisco vet who has seen many cases of pets that have ingested marajuana. He makes that statement that “In my personal experience dealing with many hundreds or perhaps even thousands of cases of marijuana intoxication, none of my patients has ever suffered a significant long-term complication as a result of marijuana ingestion. These include a number of patients who had consumed massive quantities of the product.”

It seems that most animals recover from marijuana toxicity over a period of several hours.