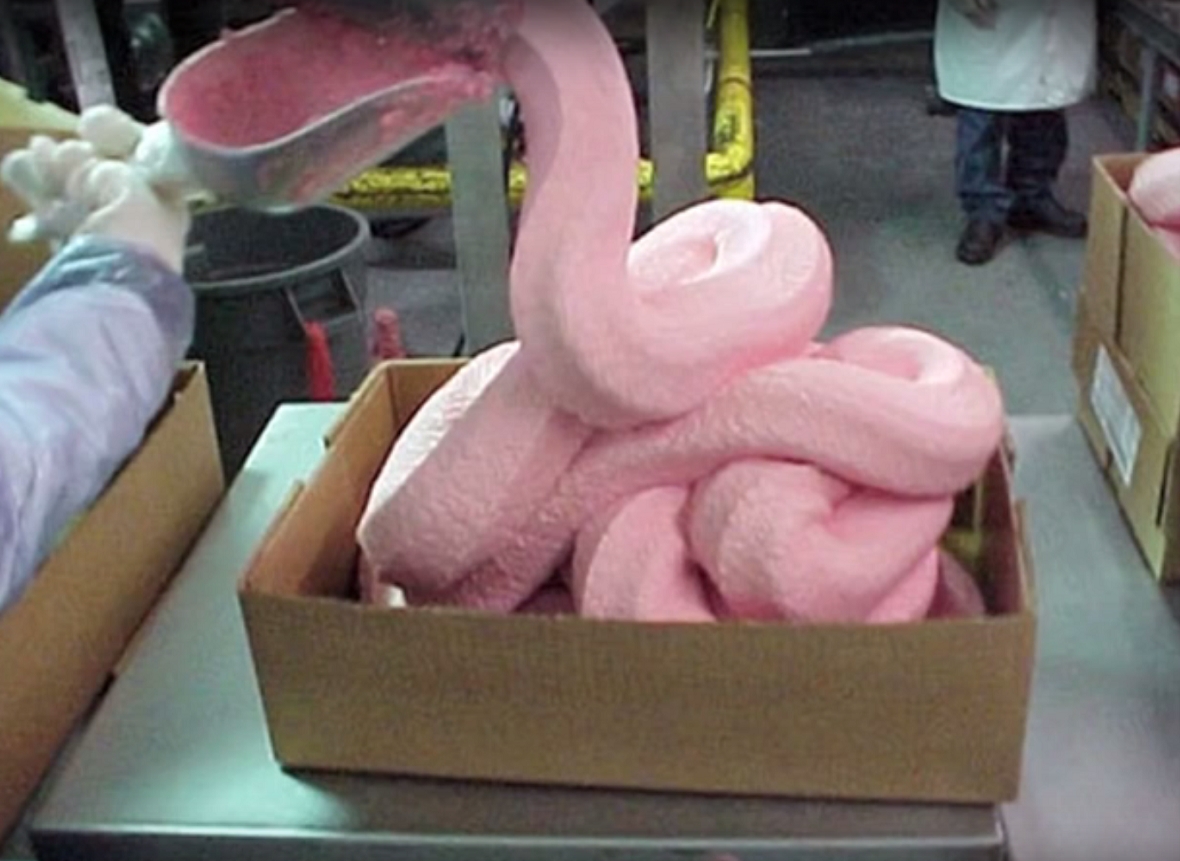 Do you really want to know what’s in your food?

Nowadays, there’s really no telling what ingredients the food industry puts into our meals, after it was discovered that recycled and reprocessed animal meat waste is actually added to a variety of consumable grocery goods — including ice cream! Researchers from Italy, Belgium and elsewhere have been developing novel methods to turn meat industry leftovers to protein-rich powders for the factory food industry.

Imagine this: Your favorite dessert might just be loaded with unused muscle tissue, tendons, bones and other animal byproducts that typically end up in landfills. At present, up to 50 percent of the animal weight processed by the meat industry is composted, discarded or incinerated. This number might decrease, however, as modern science continues to invent strange ways to turn waste into food — or, in more technical terms, “animal protein hydrolysates.”

Is that pink slime in your food?

While various types of hydrolysates are already added to some processed foods, these are typically made from plants or milk. These new animal protein hydrolysates, however, are derived from actual animal flesh and bone, thereby putting them in a whole different league.

“It appears that the lipid-rich bonanza of ‘disused’ reject animal bits can easily be turned into a nutritious gunge, paste or gel of some type, apparently ideal for pumping by the [hecatombe] into processed foods such as ice cream,” wrote Lewis Page for The Register.

“Despite the heroic efforts of the meat biz, in which every particle of jelly and gristle may be jetwashed out of the spinal column of a dead animal for later consumption – perhaps in sausage, pie or meat-paste format – and (as we have lately learned) the odd shortcut may be taken with respect to any dead horses that might be lying about, nonetheless huge tonnages of less-attractive meaty nourishment such as guts, eyes, tendons, cartilage, other connective tissue of various kinds, brains, hooves, genitals, etc. etc. all tend to go to waste.”

According to the food industry, though, turning animal waste into food will add value to foods that might be lacking in nutrition. Belgium-based Proliver, for instance, already manufactures a lined of chicken-based “protein powders” that can be injected into other meat products.

A Russian company, on the other hand, has publicly admitted that it plans to use animal protein hydrolysates to “enrich” ice cream. According to reports, Mobitek-M, the company, has already constructed a manufacturing plant capable of processing 100 tons of “functional animal protein” per day.