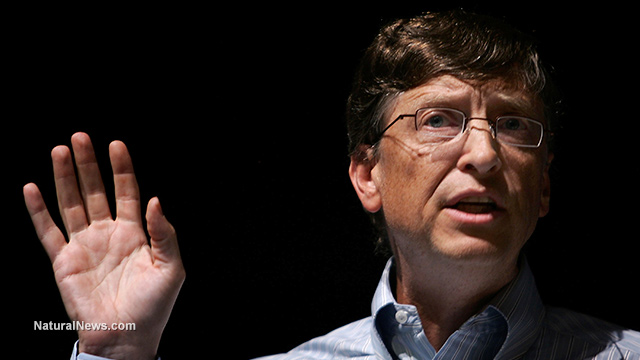 Bill Gates, Microsoft mogul, inventor and philanthropist, is considered to be one of the world’s biggest and most famous visionaries. Unfortunately, however, Gates has decided to take his vision a step further, by developing a computer chip technology that could essentially aid him in his quest for population control and reduction.

Gates’ medical microchip implants are intended to serve as “the new face of medicine that polygamously marries Big Pharma, biotech, nanotech and wireless remote technology,” if Activist Post’s Heather Callaghan has any say in the matter.

“Maybe hooking oneself into the Internet of Things will be an additional app, although this sounds like a passive form of medicine where someone else gets to call the shots, so to speak,” she added.

Pro-choice or no choice?

Unsurprisingly, the same developers who are bringing wireless, remote-controlled implants are currently focused on a product that is the cornerstone of future efforts: Gates Foundation-funded birth control microchip implants.

The wireless implants are intended to essentially activate a woman’s ability to conceive, or prevent it, at will, thereby amounting to temporary sterilization. Just imagine: If an all-powerful government agency decides to prevent a woman from bearing child, the government could transform itself from “pro-choice” (by giving women the option of abortion) to no choice at all.(1)

Moreover, the chips are to be encrypted; thus, neither cyber criminals nor technologically gifted individuals could try to bypass the government, you know, if it ever decides to utilize the implants for less than charitable purposes.

Why encrypt the chips, anyway?

“The birth control chip is the brain child of a professor, Robert Langer, from Massachusetts Institute of Technology. The Bill Gates and Melinda Foundation has funded the research and the prototype is ready for human testing. The chips will be ready for sale by the year 2018 according to Robert Langer. The institute’s Chip Foundation and Bill Gates’ Foundation have been working on the birth control chip for past three years.

“The safety tests would begin by the end of year 2015 and Robert Langer is confident that the chips will hit market sometime in 2018. The main target of these chips are women in third world who are often subject to pain and risks of death during early pregnancies.”

That report also mentions that the chip is expected to remain viable for at least 16 years once implanted.

While the supposed intentions behind the chip could be seen as admirable, there’s no denying the fact that sinister motives could make such technology susceptible to abuse. Now, just a food for thought: If women from third world countries really are the target demographic of the chip, is encryption really necessary? How many third world populations have the ability to hack into these chips, anyway?

Once the chip officially enters the market, we’ll see.